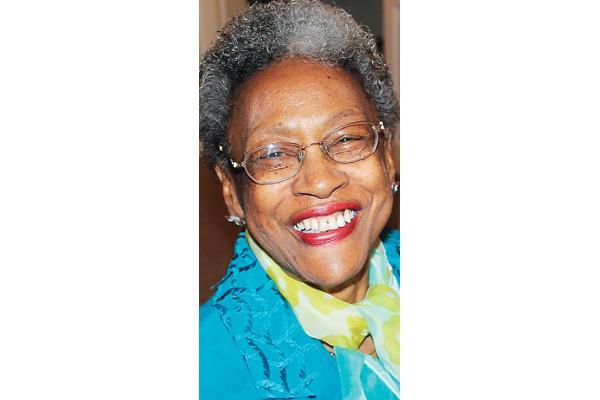 Luberta Elliott Smith, the first African American to hold the role of first lady in the City of Holly Springs, passed away Monday, April 29. She was 84.

Smith was the wife of the first African American mayor of Holly Springs, the late Eddie Lee Smith Jr.

Mother of three sons, Lee Eric, Carlton and Edwin, Smith was a teacher and a gifted musician who played the piano and organ for Asbury United Methodist Church for many years.

Late in life, at the urging of her sons, she released a CD of her music.

She was born March 3, 1935, in Ripley as Luberta Eugene Elliott, second child and oldest daughter of the late Willie and Arcola Elliott. Smith was educated in Tippah County.

Following high school, Smith entered Rust College with a music scholarship. She sang in the world renowned Rust College A’Capella Choir while she completed a degree in elementary education. Afterward she attended the University of North Dakota on a scholarship, graduating with honors in 1957.

She served as organist/pianist at Asbury for all services and all choirs and served on many committees.

Eddie Lee Smith Jr. was elected mayor in 1989 and Luberta traveled with her husband as his faithful companion until he died on Jan. 25, 2001.

In 2003, she recorded her only CD, “At Home With You,” and was featured in newspaper articles and on television. She travelled abroad in 2005 to celebrate her 70th year with son Carlton. They visited the United Kingdom, France, and Switzerland.

“Taking my mom on a month-long tour of London, Paris and Switzerland gave me so much joy,” Carlton said. “It was something my dad wanted to do for her but didn’t quite get around to before he left us. I packed a lot in that trip — I wanted to show her everything I could. She was that kind of person. Because she had done so much for me and others, I always wanted to do all I could for her. She’s forever the queen of my heart.”

First son Edwin said, “Mama was the wind beneath my wings. Because she loved unconditionally, I always knew I was loved and accepted by the person who mattered most in life. Everything I have achieved is rooted in dreams she watered.”

In recalling the work on the music used in her CD, Lee Eric commented:

“She was such a warm and loving spirit,” he said. “One of her favorite hymns, and it’s on the CD, was, ‘If I Can Help Somebody,’ and she certainly did that. She helped a lot of people. Her living was not in vain.”

Lee Eric, who produced the CD, recalls the moving performance of “The Lord’s Prayer” that closes the CD. They’d been struggling to capture the performance, and stopped and talked about the memory of Mayor Smith. They both cried, Smith said. And then she played.

“That performance needs no words,” Lee Eric said. “When she got to the end of it, all we both could do was say ‘Amen.’ And then we cried. She prayed through her fingers.”

Smith continued to be present at the annual Eddie Lee Smith Jr. Health Fair held by Alliance Charitable Foundation even after her health declined and she moved to Christopher’s Personal Care Home in Holly Springs. She continued attendance at Asbury as her health permitted.

Annie Moffitt helped get Luberta dressed at the hospital and brought her to Asbury for a candlelight service in honor of the late mayor several months ago.

“Luberta Smith was one of the first people I met when coming to Holly Springs. She was a classical pianist and had traveled with the Rust College Choir. While she was at Christopher’s Al Klomps came to visit her neighbor who was a friend of his. She played the piano in the day room. The three of them, Klomps and his friend and Smith frequently sat at table together.”

Smith was also one of the first women to be honored by Alliance Charitable Foundation as a Leading Lady of Holly Springs.

“She was truly a wonderful woman,” Lang said.