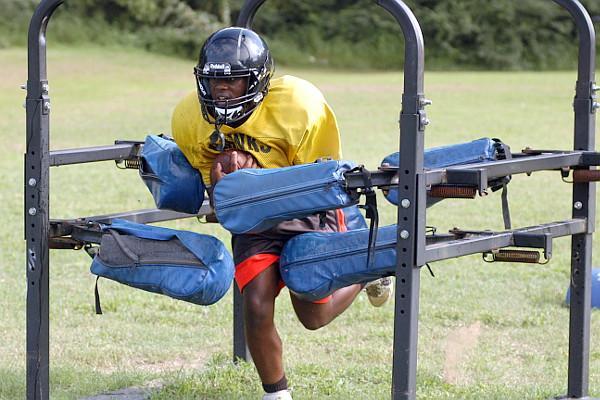 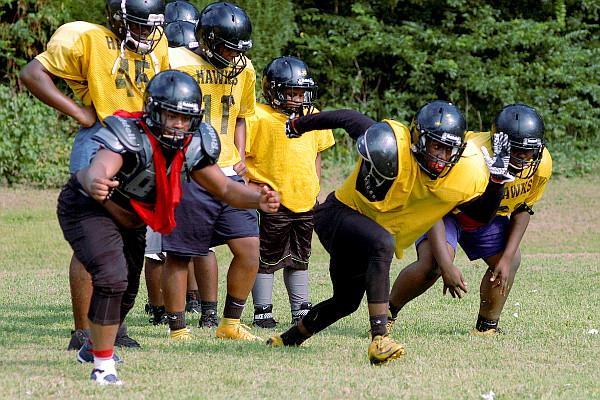 Graduation in May hit the Holly  Springs Hawks hard, so coach Donald Deans is eager to get a look at his new football team.

Holly High will participate in the Oxford High School Fall Jamboree this weekend. The Hawks will play Coffeeville Saturday, Aug. 12, at 3 p.m.

“We will know a lot more after that,” he said. “It’s going to be a good experience for us. We lost a lot of players from last year’s team.”

Deans said the first week of practice went well. He put his Hawks through a scrimmage at Sam Coopwood Park on Saturday.

He expects about 40 players and some moving up from junior high will have to step into important roles. Last year’s junior high Hawks went 7-0, and the junior varsity (ninth and 10th graders) finished 3-1-1.

“They’re going to have to grow up fast,” Deans said.

“Thursday (August 3) was a really good practice,” he said. “The kids are buying in and trying to get better.”

Danley is returning to the sideline for the Indians after a three-year absence.

“I felt like my old self,” he said about getting on the field for practice.

“The kids are starting to realize it’s all about doing the right things and having pride – at school, in the field house and on the field.”

Danley said he has a good nucleus that he will be leaning on heavily, including some guys who came back out for football who did not play last year.

He expects about a 45-man roster.

“We’re getting in shape, working on fundamentals, and getting ready to go,” Danley said.

He plans to send his Indians through an intrasquad game this Friday night on the home field.

“We will go through game-day situations – offense, defense and special teams,” Danley said.

At H.W. Byers, coach Chris Daniels said he is looking forward to school starting this week and getting all his players in preseason camp.

“I’m really not sure how many we will end up with,” he said, “probably 30 or so. The numbers have been up and down (the first week of practice) but getting back in school will help.”

In the opening week of practice, Daniels said the focus was on fundamentals, with some plays installed.

“We have two weeks of practice before a jamboree,” he said. “We have to really take off running (this week).”

The Lions will participate in the Potts Camp High School jamboree this Friday, August 11. They will start the 2017 campaign on Thursday, Aug. 17, at home versus Hickory Flat.

Coach Markeith Washington at Potts Camp said the school is looking forward to hosting the jamboree.

His Cardinals, like the other teams on hand, will get in preseason contests before the real games start. Potts Camp kicks off the new season Friday, Aug. 18, at home versus Lee Academy (Ark.).