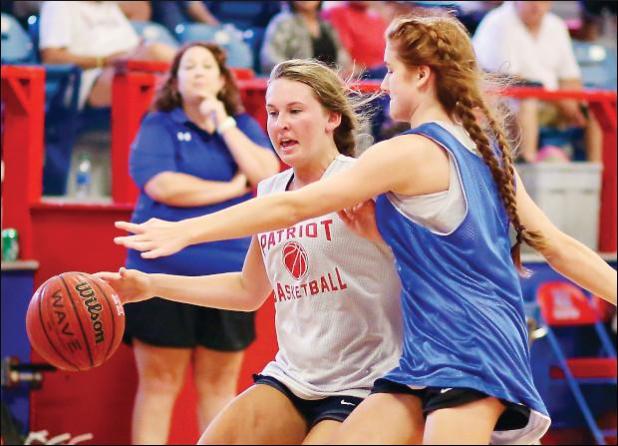 Photos by Theresa Bolden Devore
Karah Nicholson moves toward the lane versus some opposition during summer competition. 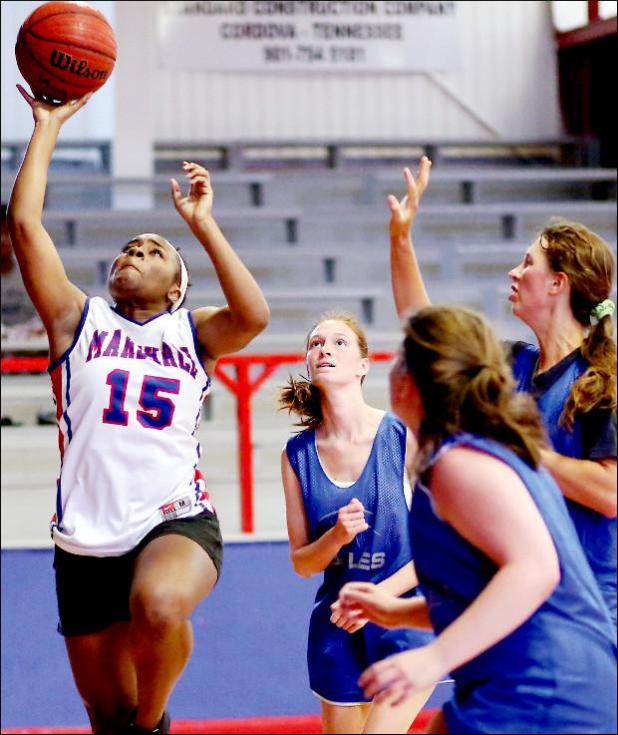 X'zorria (Tweet) Jones puts up a shot for Marshall Academy.

Coach Jeremy Ervin really liked what he saw from his Marshall Academy Lady Patriots in the month of June.

“I thought it went well,” said Ervin, who will enter his third year at MA. “We were just happy to be able to play some games. We were not sure we would be able to (this summer).”

He said defensively, the Lady Pats have always played hard and that continued this summer.

“And offensively, it looks like things are falling into place,” said Ervin, who returns the bulk of his squad from last season. “We ran the offense well.

“It makes a big difference, going into my third year here. I can see the benefits of how important it is to get the message across about what we’re trying to do offensively.”

He only lost two seniors from this past season — Erin Burleson and Keranie Jones.

“They both contributed a lot of minutes and did all I asked,” Ervin said. The bulk of his offense pro- duction is back, including leading scorer Karah Nicholson. Other starters at times in the summer included returnees Kylie Gurley, Evelyn Greer, Hallie Turner, Kailyn Smith and X’zorria (Tweet) Jones.

“The vast majority of the team is returning, and the team members know each other well,” Ervin said.

He also expects girls moving up from the junior high squad to make valuable contributions. Those include Avery Neal, Addison Potts, Molly Burch and Ava Rodgers.

“We will be squeezing them in and getting them some valuable playing time,” Ervin said. “It will be a change for them, because they started every game as freshmen, but I think they will contribute a lot.”

Ervin also coached the MA boys the past two seasons, but this year coach Craig Dailey will lead the boys basketball program.