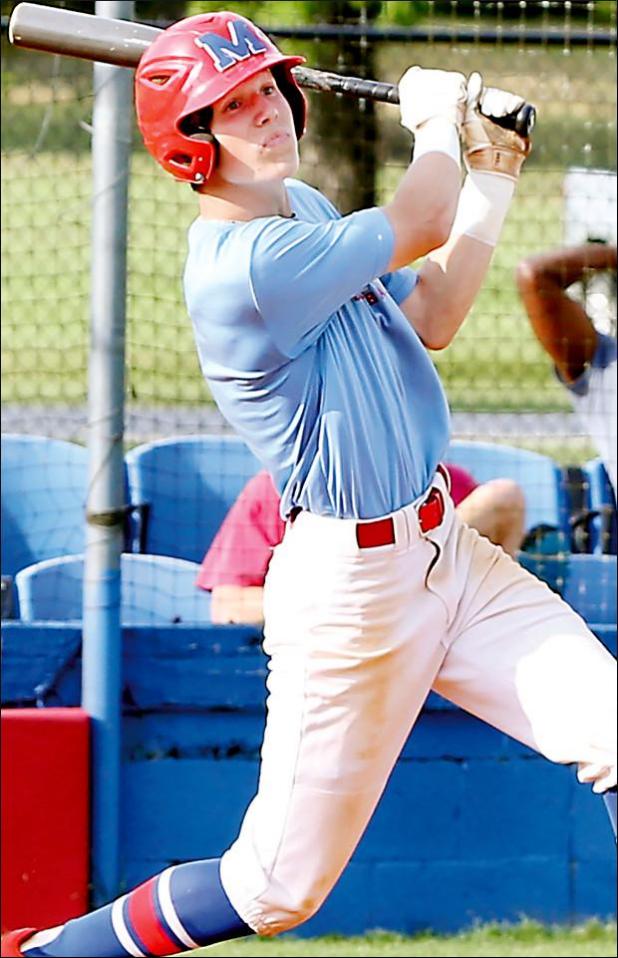 Photo by Theresa Bolden Devore
Rusty Bolden is in Meridian this week, playing for District 2.

Rusty Bolden is one of 19 high school baseball players selected to represent District 2 in the State Games this week at Meridian.

Bolden, a junior infielder and pitcher at Marshall Academy in Holly Springs, was selected during recent tryouts held at Magnolia Heights School.

"What an honor it is to have one of our guys representing Marshall Academy and to be surrounded by a large group of guys around the state representing their respective schools," said Bruce Branch, head coach at MA. "Representing District 2, which consists of some of the best baseball in the state, is special. It's an honor to be considered a top player in the region."

Branch was also a participant in the State Games as player, and because of that, he said he has always encouraged players to go and try out.

He said it is very important from a recruiting standpoint.

The event starts on Wednesday with a showcase for college coaches to attend. A coach from every junior college in the state will be there to watch, Branch said.

Games will then start on Thursday of this week at Meridian Community College. The state is split into eight districts.

"Rusty proved to many coaches that he is considered one of the top middle infielders in the area," Branch said. "It showed when he was on the field with the other players."

There were players trying out from much larger public schools and private schools, like DeSoto Central, Lafayette, Southaven and Magnolia Heights.

"Rusty honestly stood out to prove that he is worthy of representing our district," Branch said.