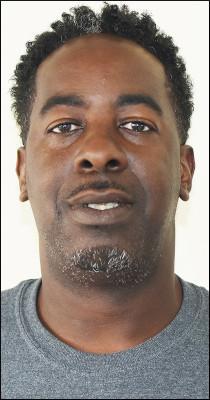 Rashad Shannon knows full well about the importance of basketball in this area of North Mississippi.

“When the gyms open and the lights come on and the gyms start filling up, there’s nothing like it,” he said. “It means a lot to be in a place that loves basketball so much. I love it, too.”

Shannon, who grew up in Plantersville, was recently hired as the new head boys basketball coach at Potts Camp.

“I’m very excited, and I’m looking forward to getting to know all the players,” he said. “I want to get to work with the team as soon as I can.”

He played both basketball and football at Shannon High School. He was a member of a state championship football team his senior year, 1996-1997, and he played in the Mississippi-Alabama All-Star Football Game. He then played football for two years at Itawamba Community College and two years at Clark Atlanta.

Shannon’s first coaching job was as an assistant at Nettleton. He then worked at Milam Elementary in Tupelo.

He became a head coach in 2015 when he was hired at Mission, South Dakota. It is a city on the Rosebud Indian Reservation. He coached there for three years.

“I really learned a lot, and the kids made a whole lot of progress,” Shannon said. “I instilled discipline and worked on getting the kids’ grades up.”

He said he also learned there’s a big difference in “down south” basketball versus out west.

“There’s just that toughness here,” Shannon said. “I brought my team (from South Dakota) to play at ICC and Starkville High, and they saw that toughness firsthand. They saw what I was talking about. It was an eye-opening experience for them.”

He comes to Potts Camp after working at Southaven Middle School in the DeSoto County School District.

The Potts Camp Cardinals are coming off back-to-back deep runs in the state tournament. They advanced to the final four in 2019 and the state championship game in 2020. However, nine seniors are gone from this past season’s successful squad.

Back to lead the Class 2A Cards is the big man in the middle, 6-foot-5 senior Michell Saulsberry. As a junior, he averaged 20.7 points and 14.3 rebounds per game.

“Those players who haven’t gotten to contribute a lot at the varsity level, we will have to bring them on quickly,” Shannon said. “They will have to grow up fast. We will have to build the confidence of the younger guys.”

He said he plans to play a fast-paced game, but also realizes at times “you have to mix it up” and slow things down. “The main thing is being

physical,” Shannon said. “When we set screens, the defense needs to definitely know that a screen has been set.

“So much of the game is mental. The kids have to know the game. A lot of my teaching is fundamentals.

“They will have to get used to my practices. I will push them, that’s for sure.” Shannon, like he has at previous schools, will also emphasize the importance of success in the classroom.

“I’m high on the education side,” he said. “On down the line, the basketballs will stop bouncing for these kids. I want to build young men ­ that’s the most important thing.”

Shannon, 41, will also be an assistant coach for the Potts Camp football team.

Room, he said. “I am looking forward to

helping out on the gridiron myself,” Dailey said. “It’s going to be an exciting athletic year at MA. Patriot fans, get ready to come out and make some noise.”

He is back at Marshall after four seasons as the head coach at Tishomingo County, and one year prior to that at Hickory Flat.

Dailey previously led the Patriots to four state championships and an overall crown in 10 seasons.