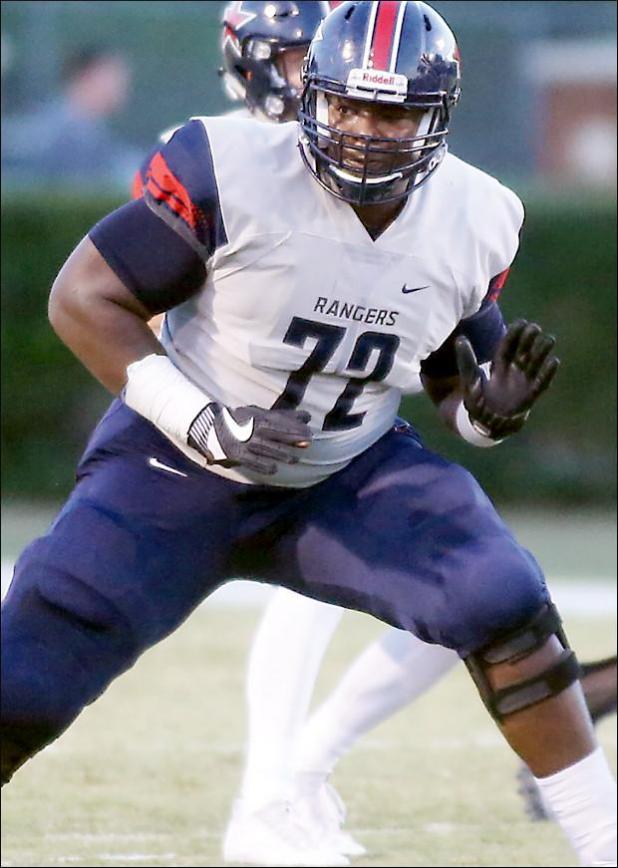 A new chapter in the foot-ball journey of Damien Lewis was opened in April, as the former Northwest and LSU offensive lineman was selected by Seattle in the third round of the 2020 NFL Draft.

Lewis was taken as the 69th overall pick in the third round by the Seahawks, becoming the second former Ranger drafted in as many seasons and the third draft pick in the last four years, following in the footsteps of quarterback Gardner Minshew II (2019; sixth round) and defensive back Treston DeCoud (2017; fifth round). Although the Canton native

arrived quietly to Northwest in 2016, Lewis quickly made himself known as one of the nation's top JUCO offensive linemen during his two seasons in Senatobia. As part of a solid front that helped the Rangers to back-to-back bowl games and a combined 17-6 overall record during the 201617 campaigns, Lewis left Northwest as a two-time AllMACJC, All-Region 23 and NJCAA All-American selection, while also earning conference Offensive Line MVP honors in both seasons.

For his dominant efforts on the field, Lewis was equally impressive in the classroom, earning consistent nods to the Northwest dean's list while also garnering MACJC, NJCAA and 2017 Capital One Academic All-District honors.

Lewis continued to make an impact at the next level, signing with LSU and starting every game for the Tigers over the past two seasons, joining only Lloyd Cushenberry for that distinction. In 2018, Lewis led the offensive line with 978 snaps and played all 96 snaps in a seven-overtime contest against Texas A&M, following up with 86 total snaps in a Fiesta Bowl win.

During his senior season, Lewis helped pave the way for Heisman Trophy Award winner Joe Burrow and 1,000-yard rusher Clyde EdwardsHelaire, both of whom were first round selections by Cincinnati (No. 1 pick) and Kansas City (No. 32 pick). Lewis capped off his LSU career by helping the Tigers to a 15-0 record, the 2019 SEC Championship and the College Football Playoff national title, while earning first team All-America (The Athletic), second team All-SEC (Associated Press, Coaches) and Joe Moore Award honors.

Lewis is the 22nd all-time NFL draft pick from Northwest and the fifth Ranger to be drafted by the Seahawks, joining Roy Hart (1988), Jeff Blackshear (1993), Fred Thomas (1996) and Pro Football Hall of Famer Cortez Kennedy (1990).