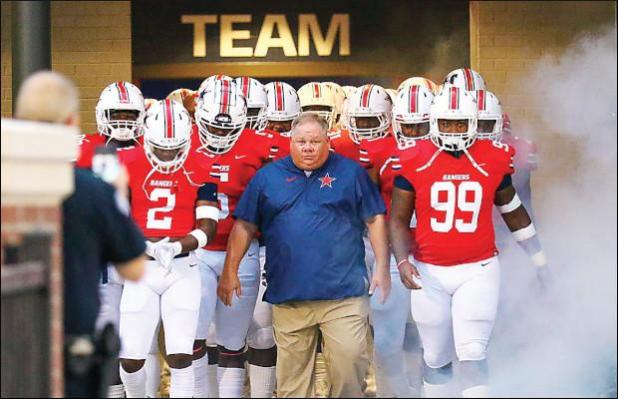 Photo courtesy of Northwest
Northwest head coach Benjy Parker and his Ranger football program have earned a preseason ranking of No. 11 in the nation by Street & Smith's magazine.

After five straight Top 10 finishes and a combined 44-12 record since 2015, Northwest has received a No. 11 preseason ranking in Street & Smith's 2020 College Football Preview magazine.

Defending MACJC and NJCAA national champion Mississippi Gulf Coast checks in at No. 1 with Hutchinson (Kan.) checking in at No. 2 overall. Kansas Jayhawk Community College Conference powerhouses Butler and Independence are ranked at third and fifth, respectively, while Riverside (Calif.) picked up the No. 4 slot.

Other MACJC members ranked included Jones College at No. 7, East Mississippi at No. 13, Hinds at No. 18 and East Central at No. 21.

Northwest is coming off an 8-3 season, which yielded a sixth straight postseason appearance and the ninth playoff berth in the last 10 seasons. The Rangers' postseason run came to a heartbreaking end with a 22-19 loss to Mississippi Gulf Coast in the MACJC Championship.

Since taking over the reins as head coach in 2016, Benjy Parker has guided the Rangers to a pair of bowl appearances and a combined record of 33-11 overall and 19-5 in MACJC North Division competition. The Rangers have also sent 126 total student-athletes to four-year programs, including 90 to the Division I level.

Northwest is tentatively scheduled to kick off the 2020 campaign at Copiah-Lincoln on Thursday, Aug. 27.