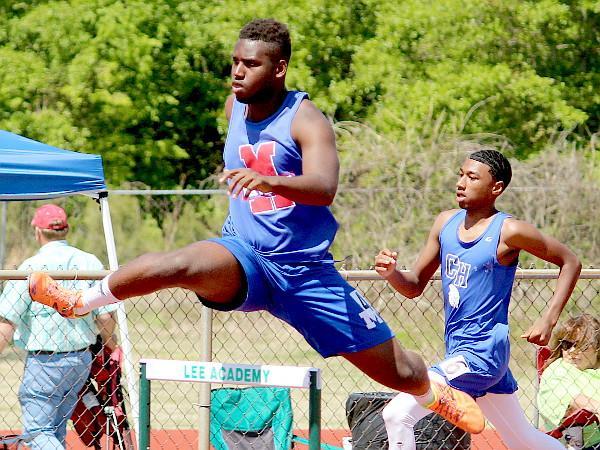 Photo by Penny Lomenick
Javion Smith of Marshall Academy clears a hurdle as he takes the lead Saturday at Clarksdale. 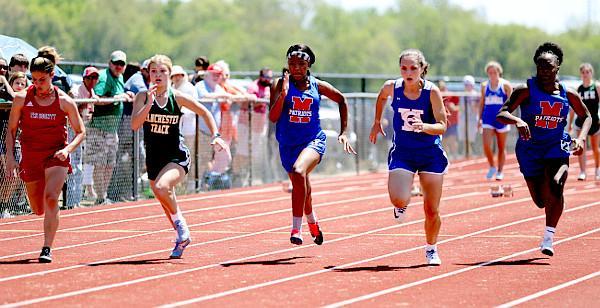 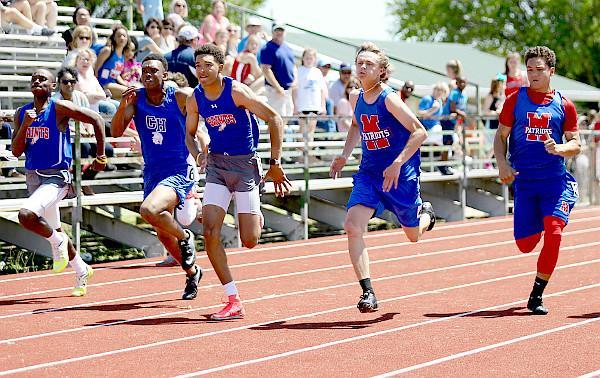 Photo by Theresa Bolden Devore
(From right) Darian Houston and Tyler Bolden of MA race the opposition in the 100-meter dash. 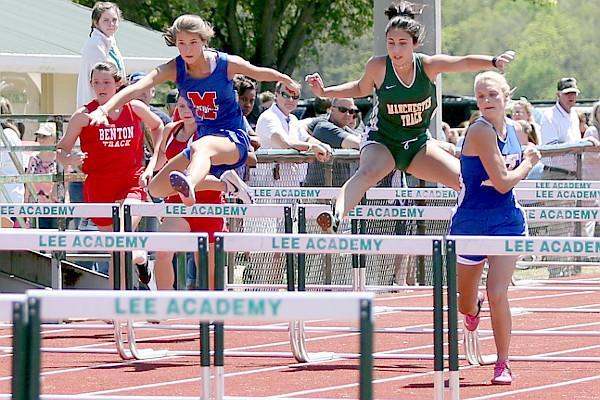 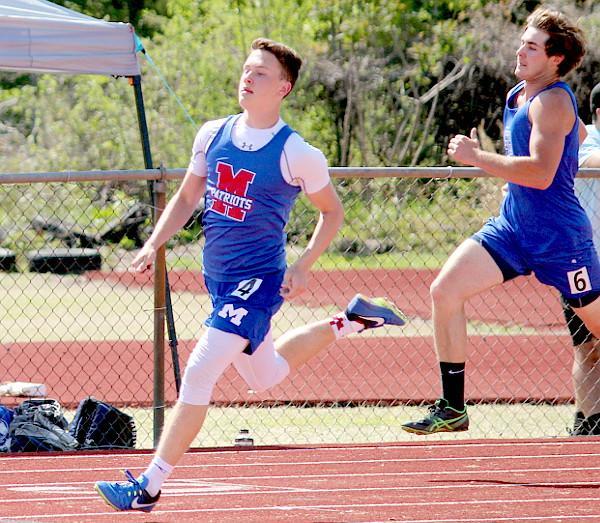 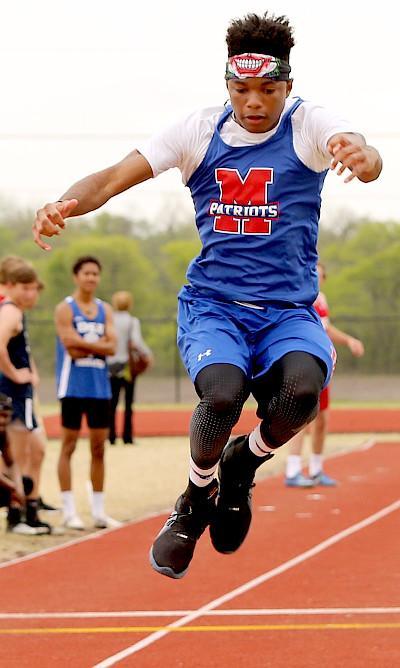 MA earned 61 points and trailed only first-place Central Holmes, which had 103. Third went to Greenville Christian with 34 and fourth to Carroll Academy with 29.

The Marshall girls, with 16 points, came in fifth in the North State Meet. Ahead of the Lady Patriots were Central Holmes with 138, Tri-County with 49, Manchester with 28 and Benton with 25.

The Lady Patriots and Patriots who placed in the top four of their events advance to the Class AA State Track Meet this weekend in Jack­son.