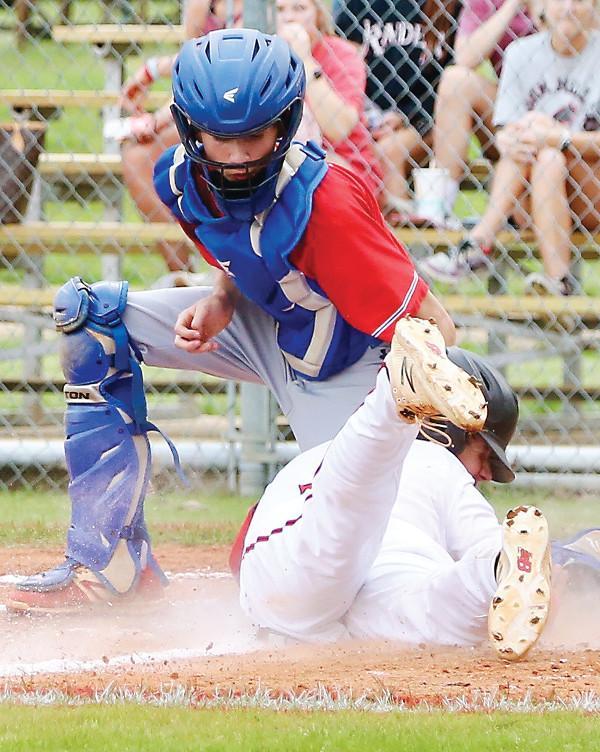 Marshall Academy closed its baseball season last week with a win and a loss and fell short of the playoffs, but it was a season of growth.

“It was sort of like we hid out in the bushes,” coach Bruce Branch, in his first season at MA, said about his young team. “We weren’t really talked about until it mattered, and when it mattered, we really showed up.”

The Patriots were in the post-season hunt until the last week. They split with District 1-AA champion Central Holmes and runner-up Winona Christian and finished 10-10 overall and 4-4 in the district.

“Early on, the youth of our team showed up,” he said. “Then, we turned the corner. This group bought in to what I was bringing to the table as their coach – the energy. They bought in to the brand of baseball I wanted to instill at Marshall. They figured it out – this is what we’re going to do. They started believing.”

The Patriots made several dramatic rallies.

“We showed grit,” Branch said. “We were never out of a game. Being down seven runs meant nothing to us. It’s a testament to the kids, their hard work and leadership.”

He particularly pointed to the leadership of his two seniors – Wyle McMillen and Elijah McCarter.

“It’s hard for seniors to buy in to a coach they’re only going to have one year,” Branch said. “Those two bought in, and that sold the program to the others. What an honor it was to coach those two. Plus, Wyle and Elijah had outstanding seasons – their bats really came up big in big situations. And Elijah pitched a lot of innings. How do you replace them? Without leadership, you have nothing.”

The Patriots’ starting lineup featured two seniors, one junior and the rest eighth and ninth graders.

On Monday of last week, MA visited Carrollton and knocked off Carroll Academy 17-7 in a district match-up.

The Patriots scored in every inning except the sixth – sending four runners across the plate in both the second and fifth.

Brayden Daughtry started on the mound and got the win. In three and one-third innings of work, he struck out three, walked three and gave up seven hits.

Pitching in relief were Mc-Carter, Sanders and Jackson Graves. They combined for seven strikeouts, one walk and three hits.

Marshall then wrapped up its season with an 8-3 loss on Wednesday of last week versus Oak Hill Academy at West Point.

The Pats fell behind 6-0 after two innings and were down 8-0 after five. They tried to battle back late, scoring one in the sixth and two in the seventh.

Getting two hits each for the Patriots were McCarter and Smith. McMillen and Jordan Bonds each added a hit.

Sanders got the pitching start. He struck out one, walked one and gave up six hits. McCarter threw five innings in relief, striking out five, walking none and giving up two hits.