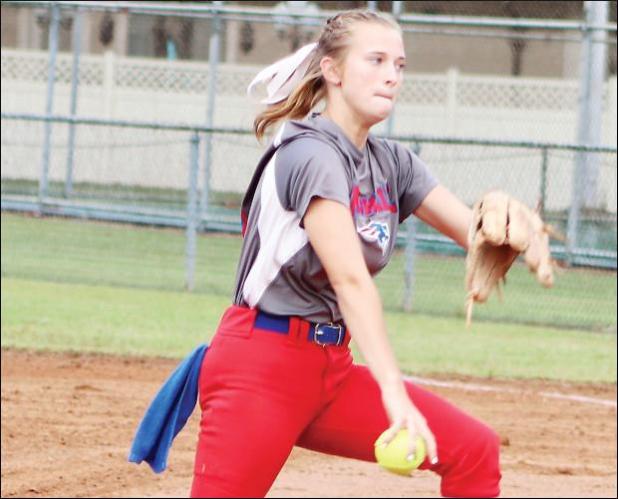 The first two rounds of the North 3A Tournament were a cakewalk for the Marshall Academy softball team.

The Lady Patriots crushed both Oak Hill Academy and Indianola Academy, 12-0 and 11-0, to advance in post-season competition at Batesville.

The Lady Pats scored three runs in the first, four in the second and five in the third.

“We struggled to wait on the slow pitching,” coach Carlton Gibson said. “It took an inning or two but we did what we had to do.

“Our pitching is looking stronger. I’m proud of how hard Hallie (Turner) and Carlie (Vannucci) have worked.”

She gave up just one hit, struck nine and walked one in the victory over the Lady Colonels.

From the batter’s box, the Lady Patriots had nine hits.

C. Vannucci led the way with three hits, two of those doubles, and two RBIs. Rayne Rippee had two hits and two RBIs, Bain a hit and two RBIs, Schultz a hit and an RBI and Kylie Gurley and Z. Rippee one hit each.

Marshall scored six runs in the second, four in the third and one in the fifth.

“The pitching (for Indianola) was a little better, so we had more quality at bats,” Gibson said. “Our defense was solid behind a solid pitching performance by Hallie (Turner).”

The Lady Patriots (23-8) faced Winona Christian Tuesday at 2 p.m. in the finals of the winners’ bracket (delayed from Monday due to rain). The title match -up was set for 6 p.m. at Trussel Park in Batesville. The tournament is hosted by North Delta School.

The top four teams from the North 3A Tournament advance to the Class 3A State Tournament Saturday, Oct. 3, and Monday, Oct. 5, at the Magee Sportsplex in Magee.