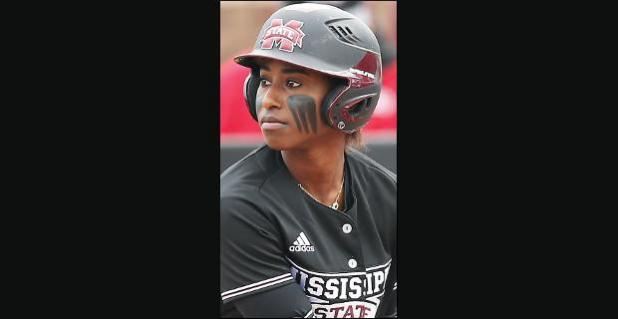 After spending four seasons entertaining fans at Nusz Park (Mississippi State) and around the Southeastern Conference with her tremendous play in centerfield and offensive prowess at the plate, Kat Moore joins the professional ranks.

She recently signed with the National Pro Fastpitch’s USSSA Pride.

Moore becomes the 19th Mississippi State Bulldog to reach the professional softball ranks and the first to reach the NPF since standout pitcher Alexis Silkwood was drafted to the Akron Racers in the 2017 NPF draft. Moore’s first professional game on the Pride’s roster was last week against the Beijing Eagles.

“Since she was a little girl, Kat has always wanted to play professionally,” said Mississippi State head coach Vann Stuedeman. “The options for women to play beyond the collegiate level are limited and competitive. This is a testament to her softball talent. She is just scratching the surface of what she can do on the field. I’m thrilled she has the opportunity to represent the Pride on the pinnacle stage of professional softball. It’s exciting that she will have one of the coveted opportunities to continue growing the game.”

Playing in 192 career contests with 172 starts to her credit, Moore finished her career 10th in Mississippi State history with a .324 average at the plate. In 544 at-bats, she recorded 176 hits, which included 22 doubles, nine triples and 18 home runs for a .496 career slugging clip. Moore scored 108 runs as a Bulldog while tallying 83 RBIs. Drawing 36 walks, Moore held a .367 on-base percentage in Maroon and White and was stealthy on the base paths with 23 steals.

A staple in center, Moore recorded 176 putouts and seven assists while her outfield play was featured on Sports-Center’s Top 10 twice over her career.

Moore saved her best effort for her senior season as she turned in a First Team All-SEC and Second Team NFCA All-South Region performance. She slugged a career-high 13 home runs to set a new Mississippi State senior record and finish tied for eighth in singleseason history. Seven of her 11 home runs came in conference play, which led all SEC outfielders.

She turned in a .343 average at the plate with 38 runs scored and ranked third on the team with 55 hits. Moore turned in a .663 slugging percentage over her senior season and led Mississippi State with four triples. She set a career high with 47 RBIs.

The Holly Springs native and Marshall Academy graduate joins Silkwood and Kayla Winkfield, one of the most prolific infielders in MSU history, to round out former Bulldogs playing professionally this summer. Silkwood and Winkfield are both members of Scrap Yard Fast Pitch, which also started its season last week.