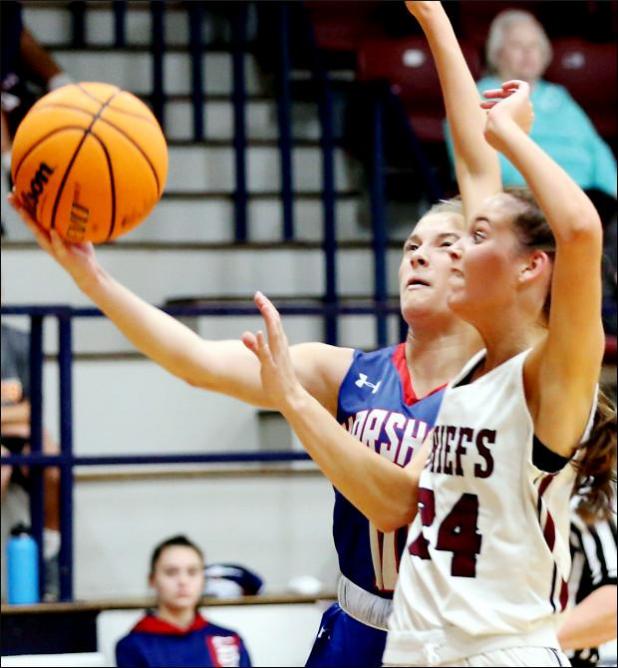 Due to the COVID-19 pandemic, District 1-3A of the Midsouth Association of Independent Schools has decided to play only district games the remainder of the season, leading up to tournament time.

The Lady Patriots (6-4) and Patriots (4-7) have not played since December 11. They will resume competition next week.

“It’s going to be interesting — a little strange,” said Jeremy Ervin, head coach of the Lady Patriots. “Every game will be the most important game of the year. Every game will count toward your seeding (in the district tournament).

“You usually use the non-conference games to tune up for district, kind of shake the rust off, but we don’t have that luxury.

“But I always try to look at things from the positive side. It beats not having a season. At least the whole season is not canceled. It could be worse. We’re happy to be playing, and we’re looking forward to district play.”

Marshall will face each district foe twice, home and away, in a week — probably either Tuesday and Thursday or Tuesday and Friday, but that has yet to be determined.

Coach Ervin said one thing is certain — “you can’t take a night off.” “I can coach the Xs and Os and the skills and try to make the right calls from the sideline, but the girls have to find that internal motivation. Like I said, each game really, really counts” Craig Dailey, head coach of the Patriots, said even though he disagrees with the district’s decision, his team is focusing on getting better with extra practices leading up to district play. “I understand COVID is extremely dangerous,” he said. “I am just sad for my kids, especially my seniors.” He said he went through a similar situation with his son, Dakota Dailey, who was a senior baseball player at South Alabama this past season. All games were canceled after March 11.

“It stinks, but it is what it is,” Dailey said. “It will be hard to prepare for the MRAs and Clinton Christians of the world without being able to play outside our district, but we will find a way and be as prepared as we can be.