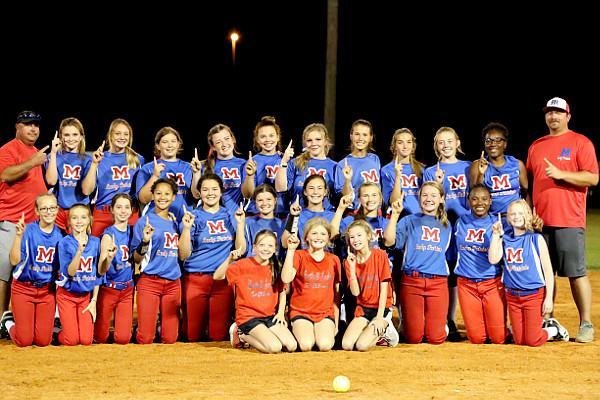 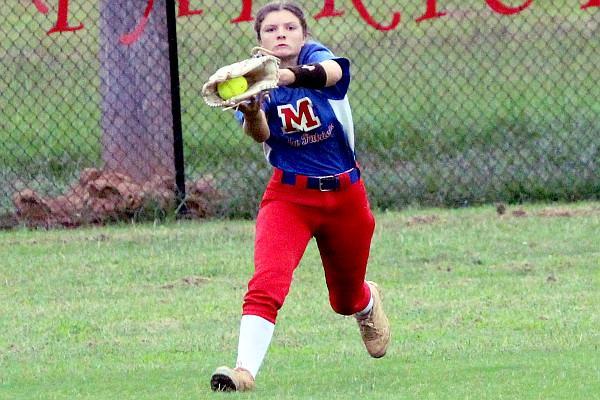 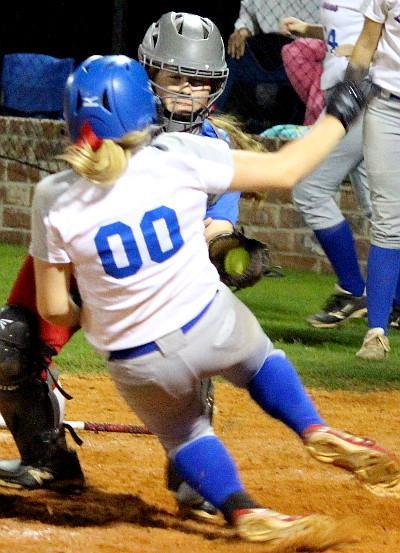 Photo by Penny Lomenick
Catcher Tyler Vannucci tags out a Central Holmes runner trying to score. It was the last out in the 5-4 victory. 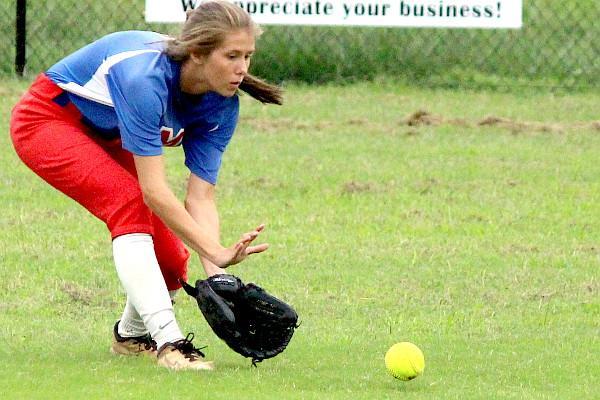 Photo by Penny Lomenick
Marshall’s Erin Lomenick makes a play in left field in the win over Central Holmes.

The biggest play of the District 1-AA softball championship game was the last one.

In the top of the seventh, Central Holmes trailed Marshall Academy 5-2 but had the bases loaded with two outs.

MA center fielder Faith Shankle ran down a double, quickly threw the ball to shortstop Hallie Turner, who in turn gunned it to Tyler Vannucci at home plate. The catcher made the tag to halt what would have been the tying run.

The Lady Patriots celebrated a thrilling 5-4 win September 10 in front of a large home crowd.

“We made plays when we needed to make plays,” coach Carlton Gibson said. “But our real season starts now.”

The Lady Patriots, 29-5 going into the last regular season game on Tuesday of this week, will play in the North AA Tournament Saturday, Sept. 22, and Mon­day, Sept. 24 at Carroll­ton.

The State AA Tournament is September 29 and October 1 at Magee.

“We’re playing well enough physically to win a state championship, but mentally we are not,” Gibson said after the victory over Central Holmes. “People are making mistakes who shouldn’t be making mistakes.”

The Lady Patriots scored all five of their runs in the bottom of the third inning.

With two outs, Bell singled and picked up two RBIs. Victoria Gurley was hit by a pitch. T. Vannucci singled to center field for two RBIs.

Z. Rippee then singled but a runner was thrown out at the plate to end the innning.

Shankle had a pair of hits in the game.

C. Vannucci earned the victory from the circle. She struck out eight and gave up four hits. Two of her strikeouts came in the top of the seventh with the bases loaded.

Marshall Academy had other key defensive plays in the one-run victory, including a running, over-the-shoulder catch by left fielder Lomenick to end the top of the sixth inning.