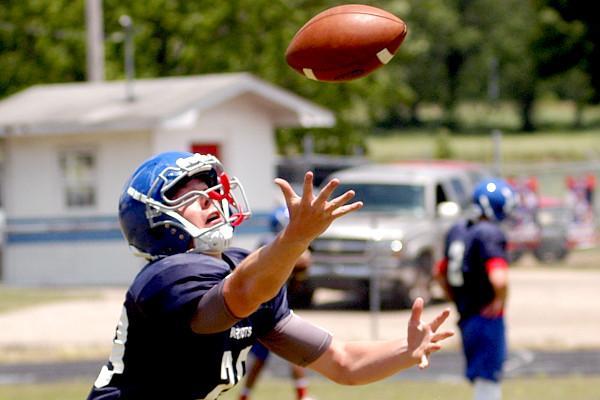 Photos by Barry Burleson
In a spring practice prior to the end of the school year, Marshall’s Ryan Brock reaches for the catch. 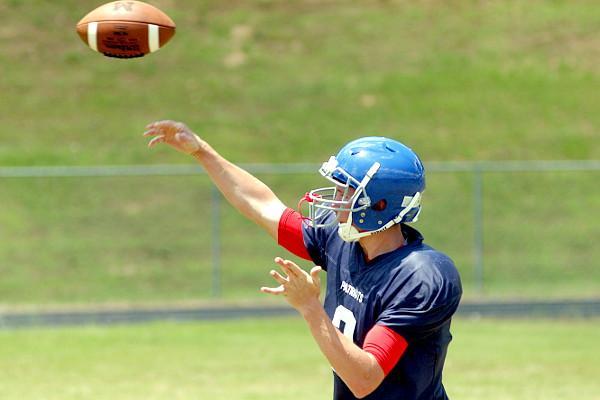 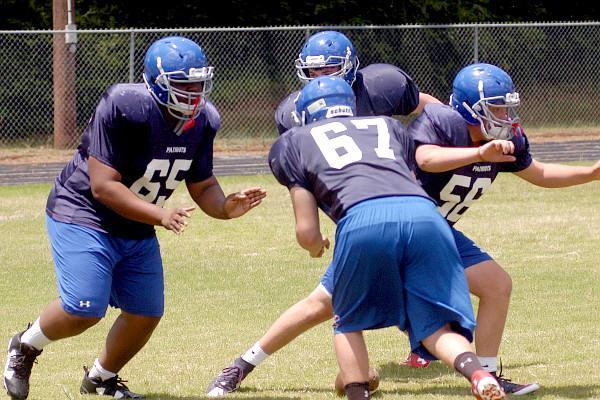 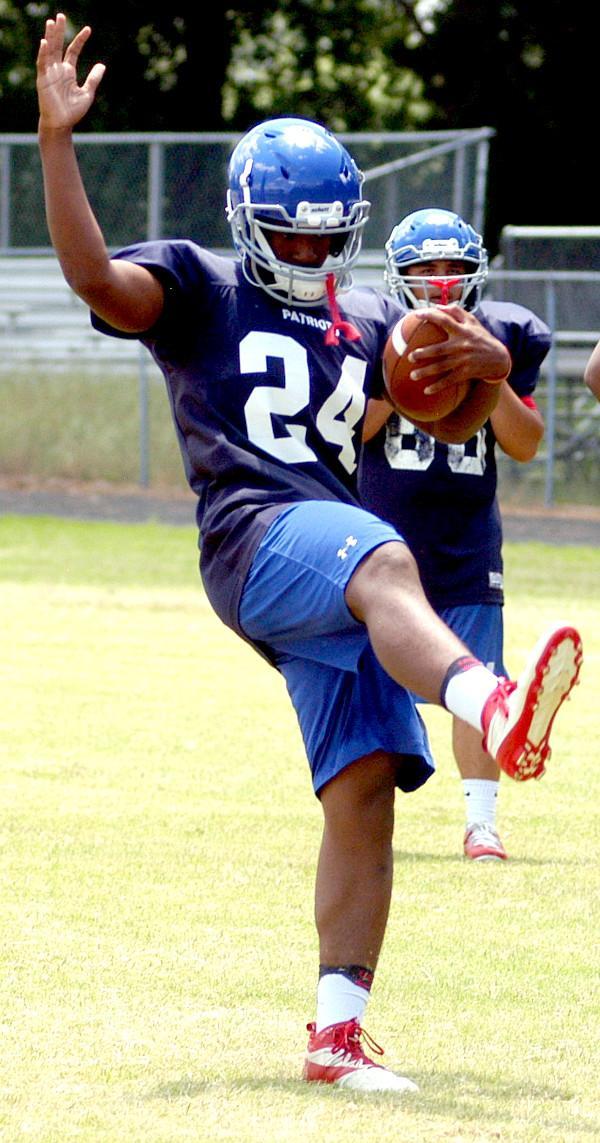 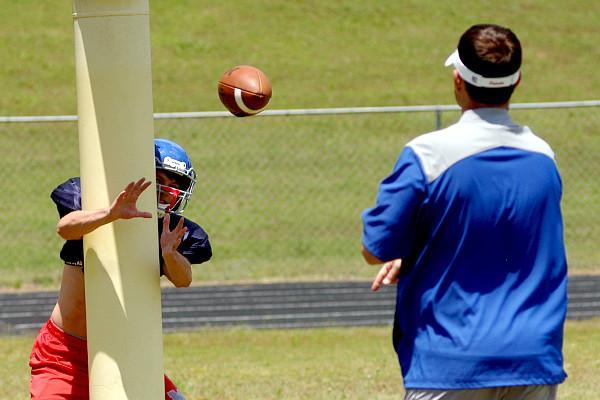 Barrett Donahoe, head coach of the Patriots, passes to Drayton Potts, who has to reach around the goal-post for the catch in this spring football drill.

Coach Barrett Donahoe said he looks for the 2017 team to “start back up where that one left off.”

The Patriots have made the playoffs for 10 consecutive seasons.

“We left spring, as a coaching staff, excited about the attitude and work ethic of this group,” Donahoe said, “and we liked their progression from last year to this year.”

MA had five practice sessions prior to school dismissing for the summer.

“We have a good nucleus returning from last season,” Donahoe said, “which will definitely help us transition from one year to the next. At the same time, we lost a lot of good football players who put a lot of energy into this program. They will be missed.”

But he said members of this year’s team are “very hungry” to fill those roles.

“This group brings different talents to the table,” Donahoe said. “I feel we will be deeper at certain positions. We have a lot of guys stepping up; they’ve become stronger and they’re ready to be key contributors. We feel comfortable with this group of guys.”

Marshall started its summer weightlifting program last week, plus the Pats will compete some in seven-on-seven on Monday nights in New Albany.

District 1-AA will have a new look this season, and the non-district slate brings back some former foes.

“Our district is filled with good teams and a good group of coaches,” Donahoe said. “It will be very competitive. There will be a lot of parity in our conference.”

He said with the power-point system affecting seeding in the playoffs, it was time to make the schedule tougher.

“We had to pick up our level of competition,” Donahoe said.

“Our schedule is much different, and I’m excited about our schedule.

“Magnolia Heights, in the past, has been a big rivalry with a lot of emotions. It’s great to have that game back.

“From top to bottom, it’s a very competitive schedule. Our focus will be to get better every week and win our conference.”

The Patriots’ first day of practice is July 24 as they crank up full preparations for the season opener.