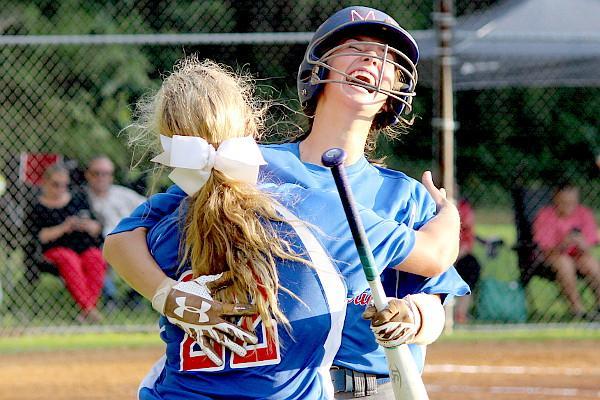 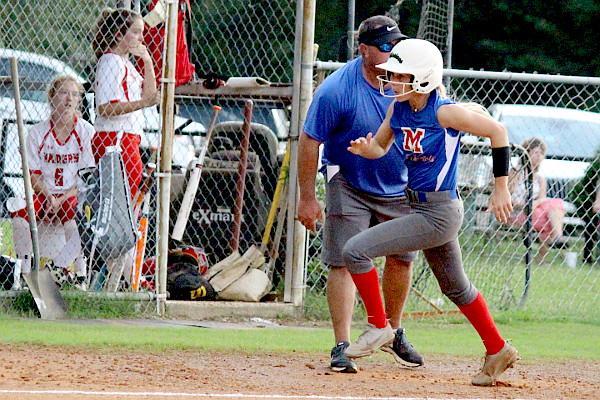 The Lady Patriots beat both Carroll Academy and Oak Hill Academy by 13-0 scores.

Hannah Swallers pitched a no-hitter, striking out 10, in the rout of Carroll at home on Monday, Aug. 14.

“She is settling down and becoming more consistent in the circle,” coach Carlton Gibson said. “Her leadership will be important down the stretch.”

Alexis McGreger led the way at the plate, going three for four. Faith Shankle also had a good day with two hits. Hannah Champion and Swallers picked up a hit each.

“Carroll has a young team this year,” Gibson said, “and we were not given many good pitches to hit, and they had a lot of errors and passed balls.”

The second conference game of the year was much like the first, and exactly the same score-wise.

“They were not even close to catching up with her speed,” Gibson said.

So, in the second inning, eighth grader Carlie Vannucci went to work and “pitched really well,” the coach said.

She allowed four hits and struck out six.

“Carlie will be really important to our pitching staff as the playoffs approach,” Gibson said.

Champion and Baylee Floyd led the way at the plate, each going three for four. Erin Lomenick and C. Vannucci each had two hits, with one of Lomenick’s being an inside-the-park homer. Shankle had a single.

The MA girls struggled offensively in the first game of the Tri-County Tourna­ment Satur­day morning, falling 2-0 to Clinton Christian.

“It was good to see them early in the season,” Gibson said. “They will definitely be a team we will see in the playoffs.

“I think a late night (Friday) of football played a role in our effort in our first game.”

Clinton Christian pushed across one run in the third and another in the fourth.

“She pitched well enough to win but we gave her no run support,” he said.

The Lady Patriots scored five runs in the first inning of game two and went on to beat Central Hinds 8-4.

“We stepped it up,” Gibson said.

McGreger had two hits to lead MA offensively. Champion, C. Vannucci and Jessica Deming each had a hit.

Champion earned the win from the circle. She gave up three hits, struck out three and walked four.

The highlight of the day came in game three – a 4-0 win over Leake Academy.

“They are a powerhouse in softball, and I saw glimpses of how good our team can be when they play together and communicate,” Gibson said.

Swallers led the way. She picked up the pitching win, giving up just two hits, striking out four and walking five. And she also hit a home run.

“She pitched well and also sparked our offense,” Gibson said.

Lomenick was two for two at the plate. Also getting a hit each were Deming, Floyd and Shankle.

“We get to play them again this Saturday (in the Bayou Tournament), and we will see if our girls can bring the same intensity.”

Also last week, the Lady Pats played Magnolia Heights in a scrimmage game, working on situations like bases loaded and no outs or runner at third and no outs.

“This game was just practice to help both teams get ready for the playoffs,” Gibson said. “We found a lot of things we need to work on.”

“Hannah (Champion) pitched and did a great job slowing down their bats.”

She gave up four hits in the seven-inning contest.

“Our pitchers will keep us in games,” he said. “We just have to warm the bats up and give them run support.”

The Lady Patriots (9-5) played Oak Hill Monday and Central Holmes Tuesday. They will compete in the Bayou Academy Tourna­ment Saturday, Aug. 26. Next Monday, Aug. 28, they host Winona Christian at 4 p.m. and next Tuesday, Aug. 29, they visit Carroll Academy at 4 p.m.