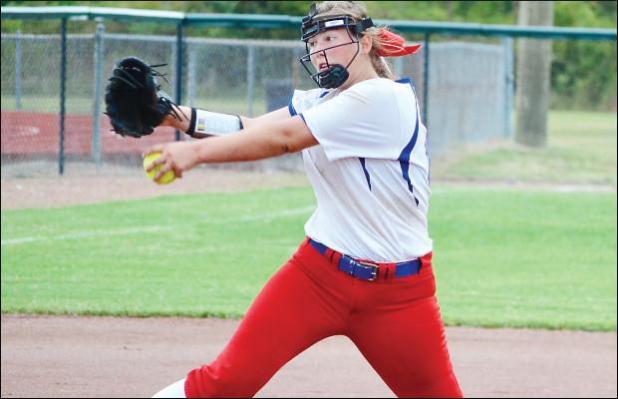 Saying the Marshall Academy softball team dominated in the first two rounds of the North 3A Tournament would be a huge understatement.

The first rout, in four and a half innings, came Saturday morning in the tourney at Clarksdale – a 10-0 win over Carroll Academy.

Carlie Vannucci pitched a no-hitter. She struck out 11 and walked one.

The Lady Pats set the tone early as it scored three runs in the bottom of the first. They added one in the second and six in the third.

Hallie Turner and Zoey Rippee each had two hits and a run-batted-in to lead MA’s 11-hit attack. Anna Lauren Bain also connected for a pair of hits.

Getting one hit and one RBI apiece were Rayne Rippee, Christa Schultz and Tyler Vannucci.

Also coming through with a hit each were C. Vannucci and Faith Shankle.

Bain and Abby Bell each had two stolen bases.

The Lady Patriots kept on cruising Saturday afternoon as they blasted Winona Christian 8-0 to earn a spot in the finals of the North State winners’ bracket.

Once again, MA came out hot, scoring five runs in the bottom of the first. The District 1-3A champs added two in the fourth and one in the sixth.

Turner picked up the win from the circle. She struck out 14, walked one and gave up three hits.

The Lady Patriots (19-11-2) faced Lee Academy Monday at 12 noon. The finals were slated for later that afternoon. Other teams still alive, in the losers’ bracket of the double-elimination event, were Carroll and Winona.

The Lady Pats wrapped up the regular season Tuesday of last week with a 9-1 road win at North Delta. MA finished unbeaten in district play.

The big inning was the top of the fifth, when MA scored eight runs.

Shankle had two of MA’s seven hits. Getting one hit each were Turner, Schultz, C. Vannucci, Bain and T. Vannucci. Turner had three RBIs.

C. Vannucci earned the pitching victory. She gave up three hits, struck out 11 and walked none.