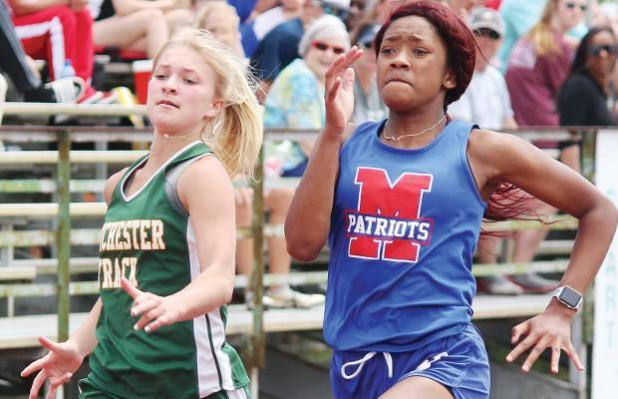 Photo by Penny Lomenick
Keranie Jones (right) of MA turns up it up a notch in the 100 meter dash. She finished second.

Twelve Marshall Academy athletes are advancing to the Class AA State Track and Field Meet this weekend at Jackson.

Those who finished in the top four of their events at Clarksdale and are moving on to state follow.

As a team, the MA boys placed third overall with 33.5 points. They trailed first-place Central Holmes, 89.5, and second-place St. Joseph, 61.