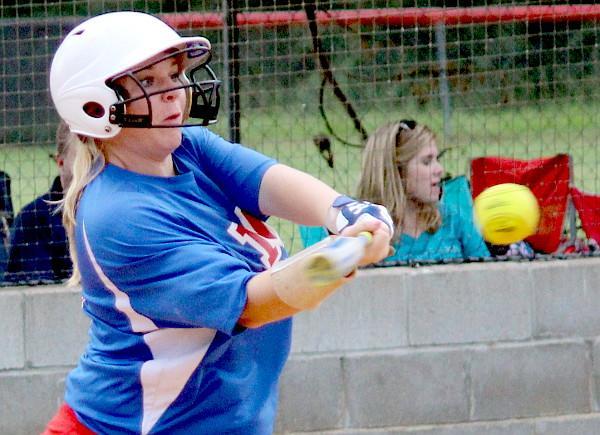 Photo by Penny Lomenick
MA’s Bailee Floyd takes a swing at the plate versus Carroll. 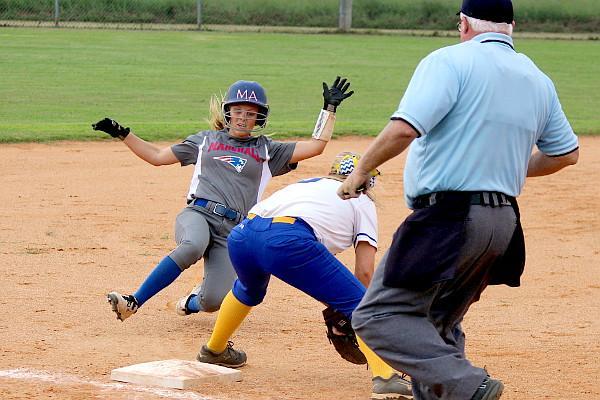 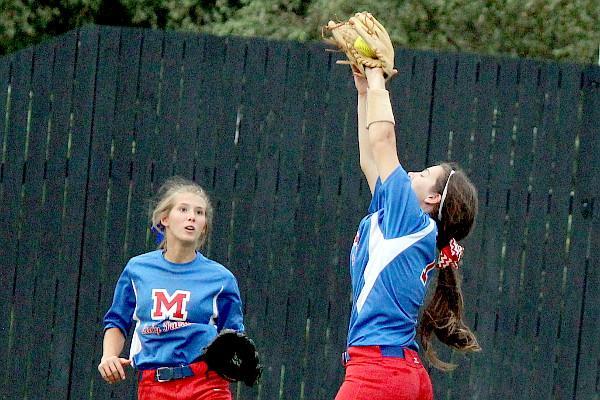 Jessica Deming of MA makes the catch at Carroll. Looking on closely is teammate Erin Lomenick.

The Lady Patriots, behind a strong showing from Hannah Swallers, beat Winona Christian 8-0 on Monday, Aug. 28, at home.

Swallers led the team at the plate and in the circle. The senior was three for four with the bat, plus she pitched a perfect game with 13 strikeouts.

“She played like I knew she could,” coach Carlton Gibson said. “She was in control from the first pitch to the last. If we get that kind of leadership from her, we will go far in the playoffs.”

“Winona is a solid team,” Gibson said. “We just played at a very high level against them. We will need to continue the intensity to beat them again.”

The Lady Patriots earned another District 1-AA shutout on Tuesday, Aug. 29. This time they went on the road and dominated Carroll Academy 10-0.

Champion was the winning pitcher. The senior struck out 11, gave up only two hits and walked six.

“We need to find a way to stop giving teams free passes,” Gibson said. “A good team will take advantage of that.”

C. Vannucci led MA at the plate with a five-for-five afternoon. T. Vannucci and Shankle carried hot bats, too, each with three-for-four performances. McGreger, Lomenick, Baylee Floyd and Swallers each added a pair of hits, and Champion had a single.

“We need to keep the intensity level high as we get closer to the end of the regular season,” Gibson said. “We are one win away from clinching district, which is the first step in our season goals.”

The Lady Pats (14-7 overall and 6-0 in district) visited Winona Christian Tuesday. They will play in the Calhoun Tournament Saturday, Sept. 9. Next Monday, Sept. 11, they wrap up district play with a long trip to Central Holmes.