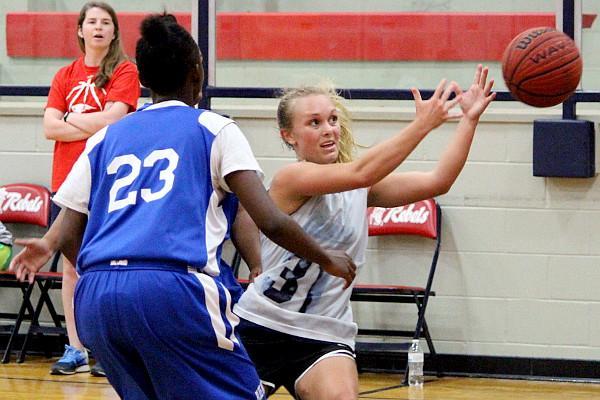 Photo by Penny Lomenick
Alexis McGreger of MA reaches for the basketball in a summer game at Hickory Flat. 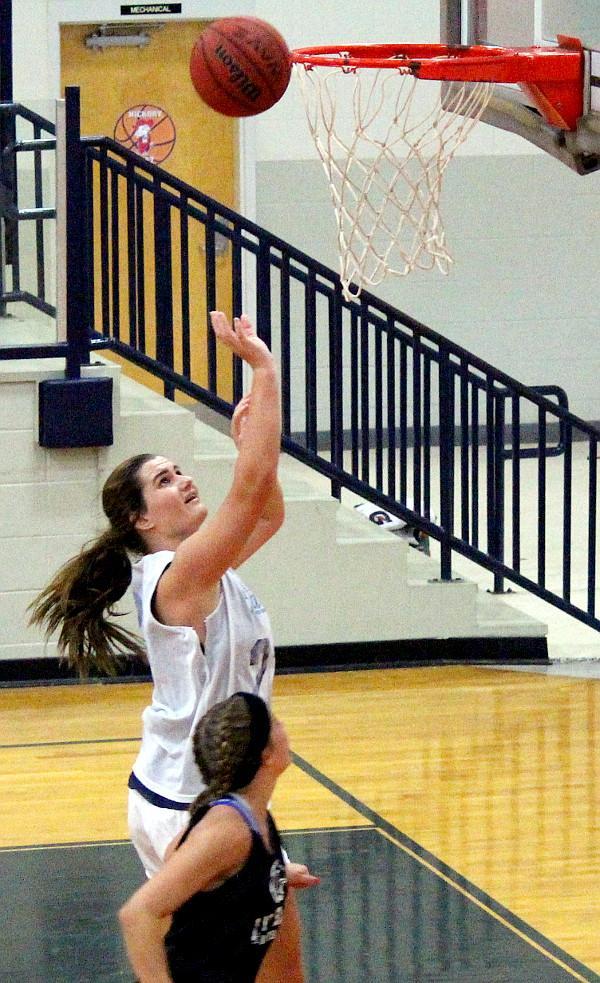 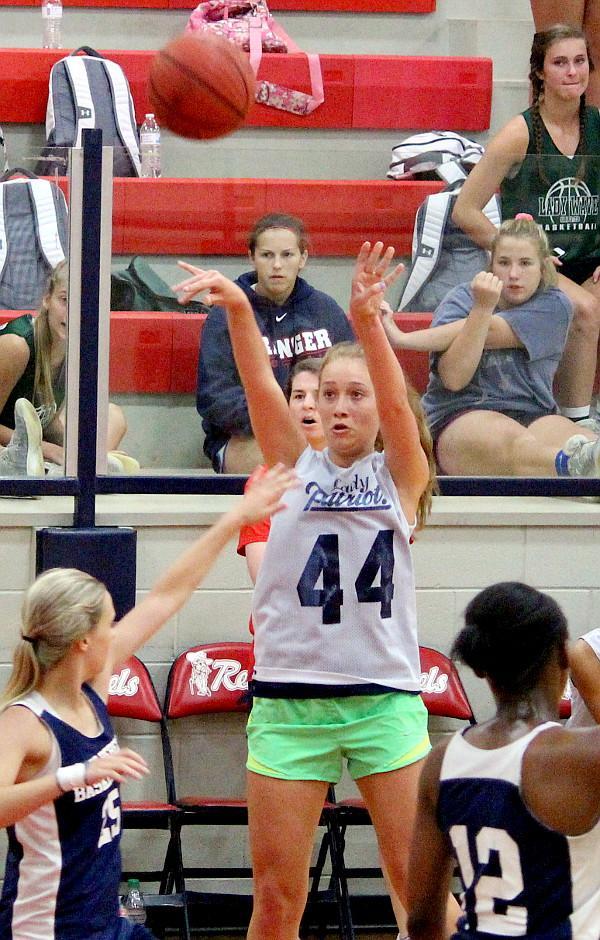 Peyton Stephenson takes a jump shot in a summer game at Hickory Flat. 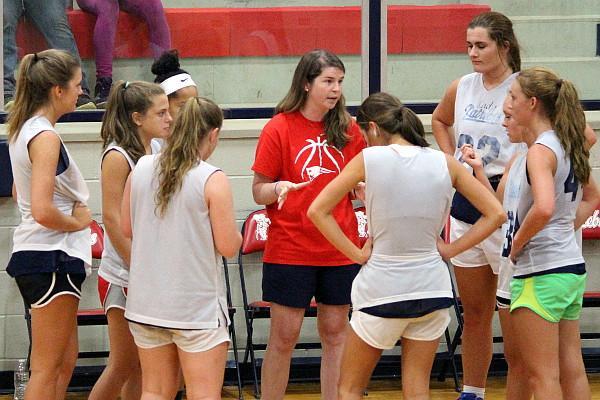 Head coach Traci Rodgers talks to her Lady Patriots during a timeout.

Traci Rodgers, new head coach of the Marshall Academy Lady Patriots, liked the improvement of her Lady Patriots in June.

The MA girls played a few games in a one-day event at Hickory Flat and also got in several practices.

Rodgers said she focused on fundamentals.

“We went through some drills that were new to them, trying to make it fun while learning the basics at the same time,” she said. “It was good to see them pick things up quickly and realize the drills are going to help them be better basketball players.”

“There’s a lot of inexperience on this year’s team, but we have so much potential,” Coach Rodgers said. “I think we will be competitive and surprise some people.”

Rodgers said she saw the Lady Patriots getting better in each game played at Hickory Flat.

“It was exciting to watch as they listened, got to know me and realized what I wanted,” she said.

“It was good to see the progress they made in just one day.

“It’s enjoyable, seeing the rewards when they work that much harder.”

Rodgers also put the junior high Lady Pats through some workouts and took them to the Magnolia Heights camp.

“The first game was rough, but then they started applying things they had learned in our practices,” she said. “I could see them want to be good and want to be coached, and that was fun to watch.”

She is looking forward to the 2017-18 season with both the varsity and junior high squads.

“These girls really want to play basketball, and that’s my favorite part,” Rodgers said. “They have a love for the game.

“We have some pretty good flow of younger players coming through. I think the future looks bright.”