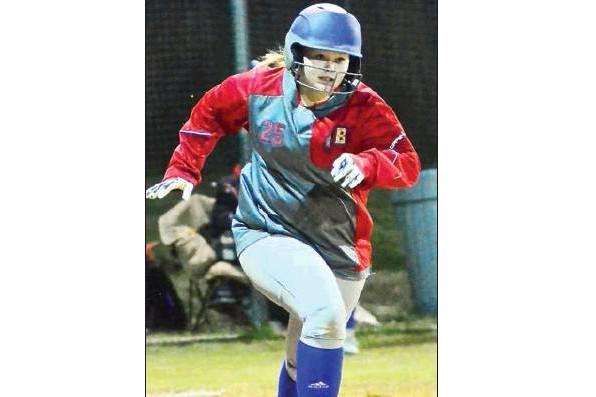 The scoreboard was clicking a lot when cross-county rivals Byhalia and Potts Camp met on the softball diamond March 7.

The Lady Indians, who made the short road trip east on I-22, left with a 12-10 win over the Lady Cardinals.

Byhalia, coached by Jay McGee, had 13 hits in the victory. Brianna Ables, Brittany Feathers, Hailey Edwards and Makayla Ables all had multiple hits.

M. Ables was three for four with two RBIs, plus she scored two runs.

The Lady Indians had 12 stolen bases.

Byhalia’s Brianna Ables earned the win from the circle. She struck out 11, walked two and gave up two earned runs.

Defensively for the Lady Indians, Coach McGee said freshman Jasmine Malone has been a “bright spot in the outfield for us this year.”

“And freshman Haley Cox has stepped in at catcher and done a great job subbing for senior Taylor Rooker in spots,” he said.

Potts Camp, coached by Cory Gray, had 10 hits in the loss. Malaysa Faulkner led the way with three. Adding two each were Halie Marquand and Kylie Gurley, who also had two RBIs.

Cadence Wait pitched for the Lady Cardinals. She struck out four and walked five.

Byhalia raced to a 6-0 lead in the top of the first. Potts Camp answered with four runs in the bottom of the inning.

The Lady Indians’ lead was 8-6 at the end of the third.

The Lady Cards pulled to within one, 9-8, in the bottom of the fifth.

Byhalia scored three in the top of the sixth inning to go up 12-8.

Potts Camp kept battling, scoring two in the bottom of the sixth, but the home squad came up a couple of runs short.

The Lady Indians (2-4) started Region 1-4A play this past Tuesday versus Tishomingo County.

The Lady Cardinals (1-2) hosted rival H.W. Byers on Tuesday of this week for a doubleheader.