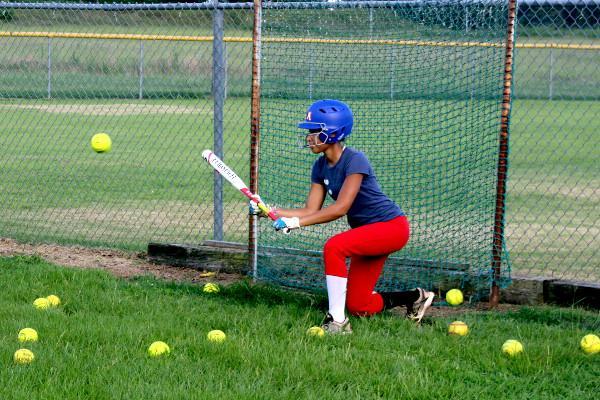 Photos by Penny Lomenick
Karina Mays gets in some batting practice as Marshall Academy softball tunes up for the season ahead. 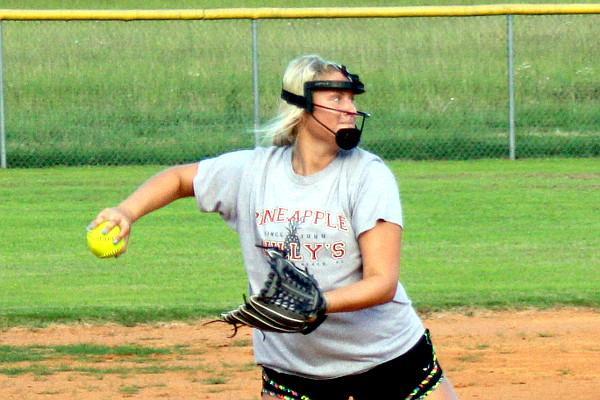 Hannah Swallers makes a throw to first in preseason drills. 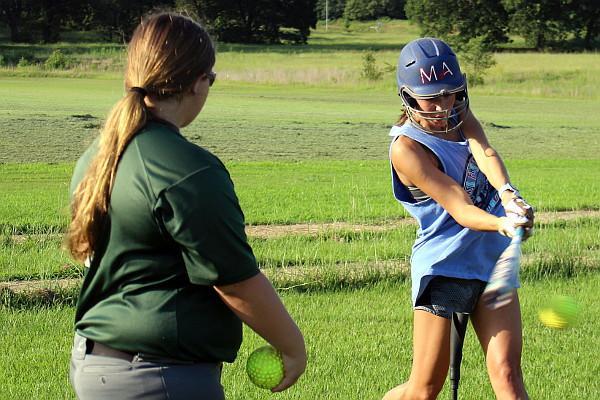 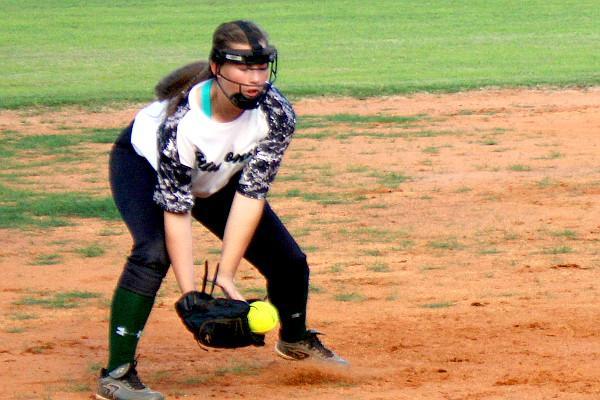 “After losing five seniors to graduation, we knew filling those holes would not be easy, but thankfully new players have registered (at MA) and we are ready to once again compete for a state championship,” said head coach Carlton Gibson.

The Lady Patriots finished third in the state last season.

Stepping up to leadership roles on this year’s squad are seniors Alexis McGreger and Hannah Swallers.

“Alexis has been our anchor at shortstop for five years, and we look for her to do big things this year,” Gibson said. “Hannah is entering her third season with us and she will be our pitching ace this year, and she has some really big shoes to fill in the circle and at the plate.”

Another senior, Hannah Champion, is new to the team and “will be a great addition,” Gibson said.

Sarah Jackson will return to center field. Erin Lomenick, the catcher last year, will move to another position in 2017.

Karina Mays and Baylee Floyd return, and “both will have much bigger roles on the team this year,” Gibson said.

“Then we will have a whole lot of new faces that will hopefully make a big impact,” he said.

Peyton Stephenson is a first-year player.

“We expect her to come in and help the team immediately,” he said.

Sisters Tyler and Carlie Vannucci, a catcher and pitcher, will be key contributors. Faith Shankie rounds out the trio from Indepen­dence, and she will manage the hot corner at third base.

Rounding out the newcomers are Lillian Lykens, Scarlett Newman and Exoria Jones.

“They are working hard to learn our system and are fitting in well with the team,” Gibson said.

The Lady Patriots begin the season Saturday, July 29, versus Hillcrest at Southaven. Game-time is 1 p.m. They will go to Hebron July 31 at 4 p.m. and visit Magnolia Heights August 1 at 5 p.m.

“Our goal is the same as it has been for the past 14 seasons, compete for a state championship,” Coach Gibson said.

“It all starts with pitching, and with a returning veteran and a newcomer, we should be in the fight again this year. Come support our Lady Patriots.”