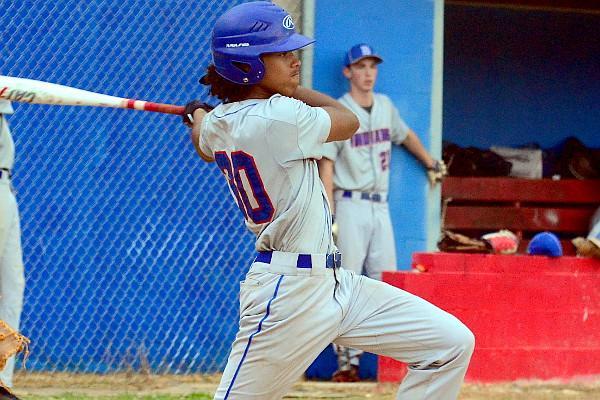 Photo by DeMill Dixon
Byhalia’s Jacob Malone (30) follows through with his swing during a recent home game. 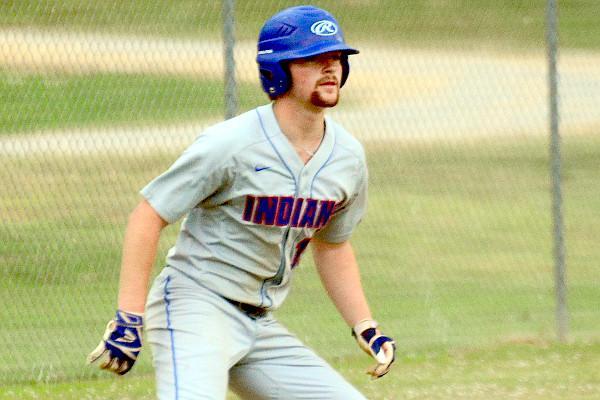 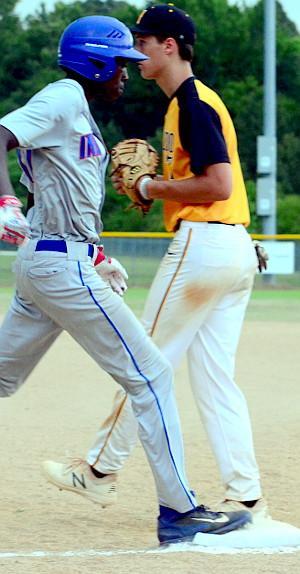 Mark Jones makes it safely to first base.

It’s been a productive summer for the Byhalia High School baseball team.

The Indians have defeated West Memphis (Ark.) Chris­tian, Kirby (of Memphis, Tenn.) and Alcorn Central, split versus Lafayette, tied Tunica Academy and also lost to the Blue Devils. They wrap up the summer games this week. They hosted Rosa Fort Monday, and then visit Horn Lake Thurs­day at 6 p.m.

“I think our toughest opponent all summer was Alcorn Central (a 7-6 win),” Gore said in an interview last week before the last two games.

“Kyle Edwards was fantastic on the mound, probably eight or 10 strikeouts. He did very well.”

Byhalia lost only two players to graduation, Dylan Edwards and Trey Kelley, but both were very valuable.

Edwards played first base and was a “big bat,” Gore said, and Kelley was the team’s “best outfielder and the fastest kid on the team.”

“It’s good and bad,” he said. “On the bad side, we lost two of our better players. The good news is we have only two spots to fill.”

“It’s time to see the fruits of all the labor,” said Gore, who will enter his fourth year as head coach. “It’s this group’s turn.”

The Indians, who play in a tough District 1-4A, made great strides last season, up­setting district foe Senatobia, and building a two-run lead over Ripley before losing.

“We had a lot of close district games – in one of the toughest districts in the state,” he said.

“I feel we are on the brink of breaking through, which is what we’re looking to do. We’re really close.”

He has tried some different players at different positions this summer and also worked on developing another pitcher.

He said middle schooler Dustin Grisham, who will be in the eighth grade, has progressed the most this summer.

“He has hit the ball well and pitched well when being put in big-time positions for a little guy versus big guys. He can basically play anywhere in the field and bat anywhere in the lineup.”