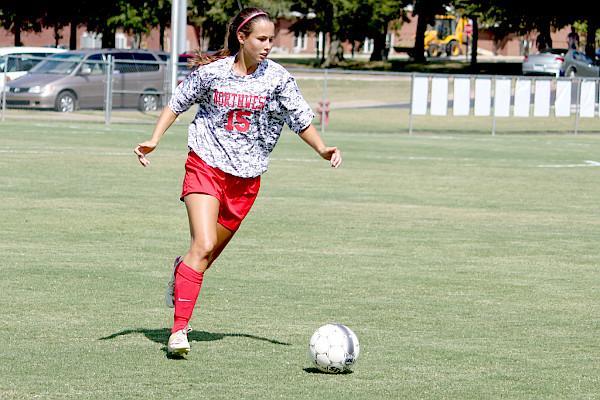 “MC has been fantastic for our women’s soccer program these last three years,” Northwest head coach Levi Nunnally said. “She had a season-ending injury at the beginning of her sophomore year, but continued to be a leader and our captain despite the setback. I’m thankful for her commitment to the team through that time of recovery. She was a large part of our success this past year.”

Hutchens played in 35 career games (26 starts) for Northwest from 2015-17, scoring her lone goal in a 3-2 season-opening win at Copiah-Lincoln in 2016 before missing the rest of the season. She saw action in all 17 games for the Lady Rangers in 2017, helping the team to an 11-6 mark and a trip to the MACJC Playoff  Semi-­finals.

Off the field, Hutchens was a two-time NJCAA and MACJC All-Academic Team selection and a four-time President’s List member.

“MC’s leadership on and off the field is second to none,” Nunnally said. “She always showed up to put the work in and get better. I know she will do great things for the women’s soccer program under Gray Massey also in the future with her career.

Prior to Northwest, Hutchens played for head coach Lance McGregor and graduated with high honors at Marshall Academy.

She helped the Lady Patriots to their second playoff appearance in school history as a senior, scoring 19 goals and being named All-MAIS, team captain and team most valuable player.