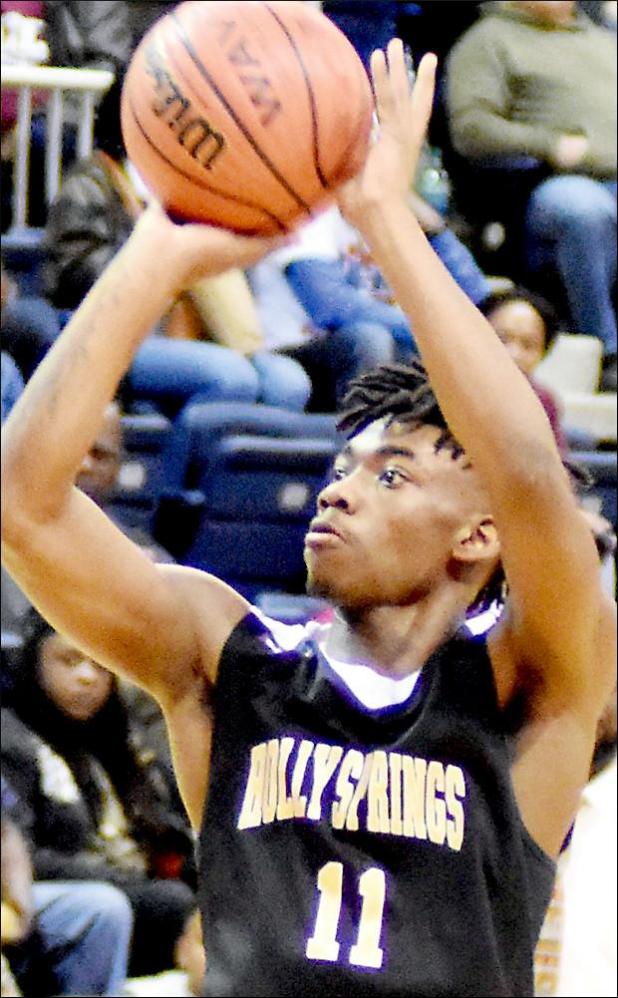 The 2020 graduate of Holly Springs High School has signed to play basketball for William Penn University in Oskaloosa, Iowa.

"He's a strong, steady guard who improved leaps and bounds from year to year," said Sylvester Kilgore, who coached Reaves in his ninth, 10th and 11th grade years. "He was a big part of our success. He's a shot-maker, and a shot-finisher."

He said Reaves was one of the best three-point and free-throw shooters on the team percentage-wise.

"He could make a shot ­ no doubt about it," Kilgore said.

Reaves played for coach Kenzaki Jones this past season, as a senior. Holly High made it to the final four for the fourth straight year and finished with a 25-8 record.

Reaves said he recently visited the William Penn campus, really liked it and decided "to go to the school that wanted me the most."

"It's a great opportunity in a different atmosphere," Reaves said. "I'm looking forward to going up there and playing ball. It's a dream come true.

"I believe it's going to be good to get away and see something different."

A former Hawk, Kendrick Pool, is an assistant coach at William Penn. He is a 2011 graduate of Holly High, where he played for coach Naylond Hayes. He graduated from William Penn in 2015, where he also played basketball for the Statesmen.

"Tyhem reminds me a lot of myself," said Pool, who played a key role in the recruitment process. "He's a good kid. He has good athletic ability and was sort of overlooked ­ under the radar.

"I reached out to him, got him up here to our campus and it ended up happening.

"I believe this will be a good fit for him and help him grow as a player and as a young man."

William Penn finished in the top five in NAIA last season, which ended prematurely due to the COVID-19 pandemic. The Statesmen were champions of the Heart of America Conference and finished 30-3 overall. They had one first team All-American and two second team. John Henry completed his 19th season as head coach at William Penn.

"It's a unique situation, two young men (Reaves and Coach Pool) from the same hometown in Mississippi coming all the way to Iowa," Coach Henry said. "That doesn't happen every day.

"We're excited to have Tyhem. And this is Coach Pool's first recruit. Having your first recruit from your hometown, that's pretty cool."

He said William Penn is a very diverse campus with 41 states and 12 countries represented last year.

"We are not your average place in the middle of southern Iowa," Henry said. Reaves said it is a "great

honor" to play basketball at the next level and to be able to play at a place like William Penn.

"I will do my best there ­ give it my total effort," he said.