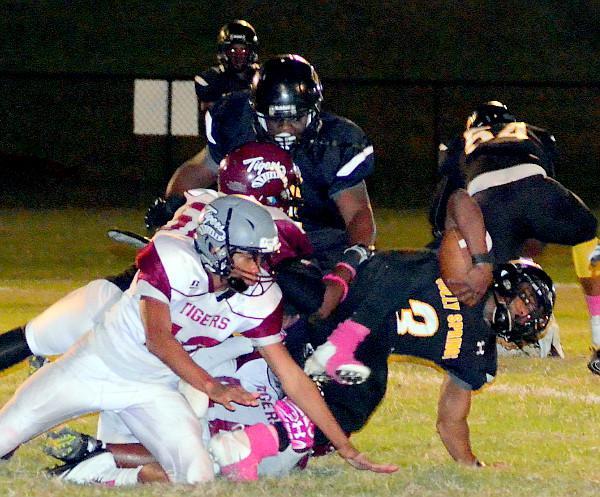 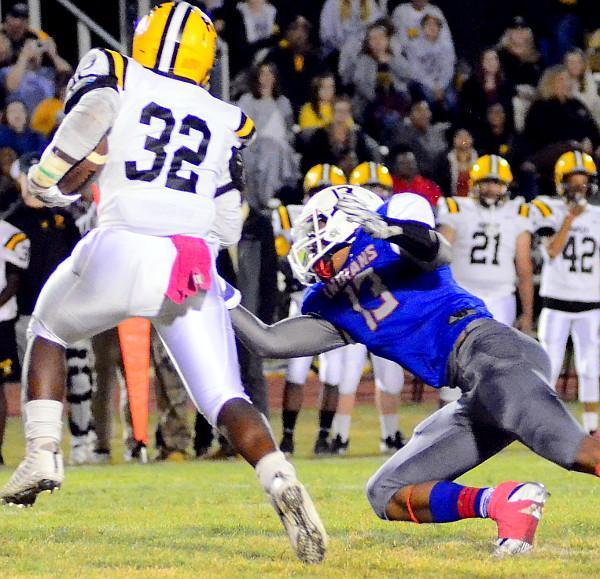 Holly Springs’ postseason hopes are alive thanks to a fourth-quarter rally Friday night versus Coahoma AHS.

The Hawks scored a pair of fourth-quarter touchdowns at Sam Coopwood Park and knocked off the District 2-3A opponent 12-8.

“We had a lot of mental mistakes early,” coach Donald Deans said, “but we got together and regrouped.

“We had to have it. We’re trying to make school history (reach seven wins) and make the playoffs.”

Down 8-0, Antonio Evans lit the fourth-quarter fire for Holly High. He returned a punt 65 yards for a touchdown with 9:54 remaining.

The Hawks’ defense then got a stop, leaving the offense with a short field, 50 yards.

“We went to our run package and drove the ball,” Deans said.

Then Holly High went to the play-action pass, 15 yards from Dylan King to Derell Anderson, for the game-winning touchdown.

“We had some missed assignments in the  offensive line in the first half, but we cleaned that up in the second half,” Deans said. “The defense played well and kept it close for us going into the fourth quarter.”

Roy Vaughn’s interception sealed the victory for the Hawks, who improved to 6-4 overall and 1-3 in the district.

Kadarreon Lumpkin had 19 carries for 89 yards and Joshua Kimble four for 39.

Teelan Brown led the defense. He had 11 solo tackles and five assists.

“It was senior night, and our nine seniors have really stepped up for us as leaders of the football team,” coach Donald Deans said.

The Hawks travel to Marks this Friday night where they will meet Palmer in the regular-season finale.

“There are a lot of scenarios as far as the playoffs go, but I know if we win by 10 points or more nothing else matters – then we are in,” Deans said.

“Palmer is a good team, and it will be their senior night,” he said. “They like to spread it out but they will still run the football, too. They’re a physical team. We have to be disciplined. If we do what we’re supposed to do, we can prevail.”

The Dragons are 2-2 in the district after a 52-14 loss last week to North Panola.