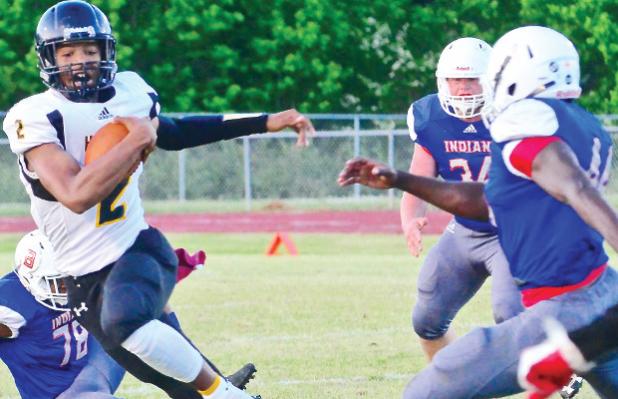 “We’re looking for a higher level of execution – everything at a high level,” said coach Sylvester Hemphill, who led the Hawks in spring practice and the jamboree. “It’s all about the small things. Not doing those things well will get you beat. Everybody has a job to do; so do your job.”

He was very satisfied with what was accomplished.

“I was more than pleased,” Hemphill said. “We had about 45 (rising ninth-through-12th graders), and that’s a good number for a 3A school. The kids worked hard.”

Holly High is installing a new offense, he said, and it’s like starting at ground zero.

“I thought the kids caught on well and performed well in the jamboree (which was held at Byhalia),” he said.

“Defensively, we are doing a lot of the same things we did last year. The kids are more familiar with things on that side of the football – not like starting with A, B and C.”

The Hawks’ roster will feature a large group of seniors.

“We have a lot of kids who have played on Friday nights, and hopefully, we can use that to our advantage,” Hemphill said. “There’s nothing like experience – on offense, defense and special teams.”

The Hawks remain in Class 3A but District 2-3A “gets even tougher,” he said.

Water Valley is the defending state champion. New additions include Senatobia and Byhalia, which are moving down from 4A. Other talented district foes, he said, are Independence and North Panola.

“We’re looking forward to it (the district race) and accepting the challenge ahead of us,” Hemphill said.

This summer, the Hawks will be lifting weights, working on conditioning, going to some camps and competing in sevenon-seven at locations like Oxford and Olive Branch.

Holly High will begin the season by hosting Northside (Memphis,Tenn.) on Friday night, Aug. 23. Up next will be Ashland, home, August 30; Coahoma Early College, September 6, away; Rosa Fort (Tunica) September 13, home; and Coahoma County, September 20, away.

There will be an open date September 27 before the Hawks start district play on October 4 at home versus Independence. District contests versus Senatobia (away, October 11), Water Valley (away, October 18), Byhalia (home, October 25) and North Panola (home, November 1) will conclude the regular season.