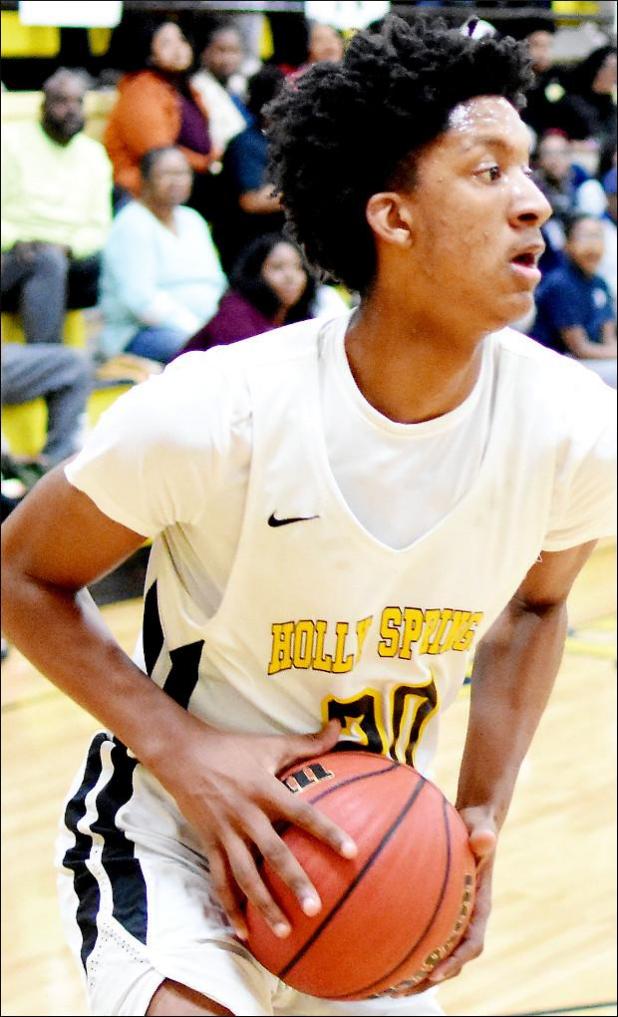 Photo by Barry Burleson
Derek Fountain goes to the goal in a game last season.

Hard work pays off for Fountain

Derek Fountain loves basketball, but he can be seen other places than the gym. He’s a regular at Sam Coopwood Park, too, running laps and hills.

He discovered a few years back, that in order to compete at a high level on the court, it takes extra work.

“You have to put in extra work outside the regular practices,” he said. “Things like getting up before school and running, all that’s important. That’s the key.”

The hard work has certainly paid off for the 2020 graduate of Holly Springs High School. He recently signed a scholarship to play basketball in the Southeastern Conference for Mississippi State University.

The decision came after seriously considering a prep school for a year, going against top-notch competition, and then entering college as a freshman in 2021.

“I was about to announce it (decision to go to a prep school),” Fountain said. “I’d been praying about it a lot. And I’d been talking with Mississippi State for a while.”

He said he had a virtual visit, due to COVID-19 restrictions, with head coach Ben Howland, assistant coach George Brooks and others in the athletic office.

“Going to the SEC, what more could I ask for?,” Fountain said. “I look forward to going there and working hard and preparing myself. I like the coaches, and I like the school.

He joins the other top two prospects from the state at MSU — Keondre Montgomery from Forest Hill in Jackson and Cameron Matthews from Olive Branch.

“I’ve known them all along — played against them for years,” Fountain said.

Fountain was at Holly Springs until his freshman year and then transferred to Du Bois charter school in Memphis, Tenn. He returned to Holly High for his junior and senior seasons.

He gives much of the credit for his strong work ethic to Sam Greer, who coached him in seventh grade at Holly Springs and then as a ninth and 10th grader at Du Bois.

“He was a big influence,” Fountain said. “He made me look at things differently — as far as working out, running, the serious stuff.

“He had the best practices ever. He really made us get after it, and I appreciate that.” Fountain also played three years of AAU basketball, two for Team Magic Elite and then one for Team Thad.

“That was great exposure for me against tough competition,” he said. “It made me realize I needed more work. Here (in Holly Springs), I was the man. But I couldn’t get the big head; I had to get better.”

“Both of them are great coaches and taught me a lot,” he said.

Fountain talked to another former Hawk, Clevin Hannah, for some advice. Hannah is in his 10th season of professional basketball overseas.

“He gave me a lot of tips,” Fountain said, “most of all — stay focused.” That focus includes work, work and more work.

“You cannot just work hard around the time for the season to start or around the playoffs,” Fountain said. “You have to prepare in the preseason, actually year-around. It takes a commitment. If you want to go somewhere, you will start loving it.”