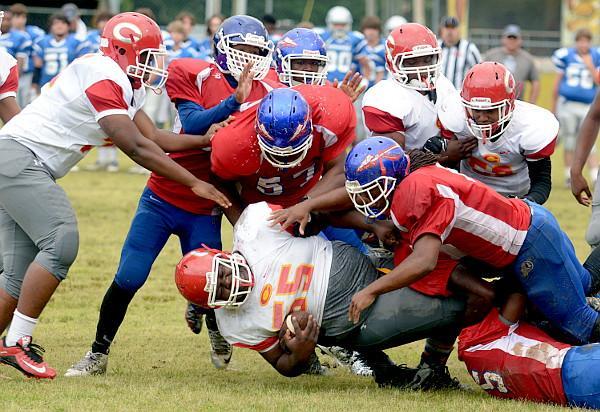 Photo by Ronnie Day
Byhalia defensive players swarm to the football during a spring match-up versus Coffeeville in the recent spring jamboree at H.W. Byers. 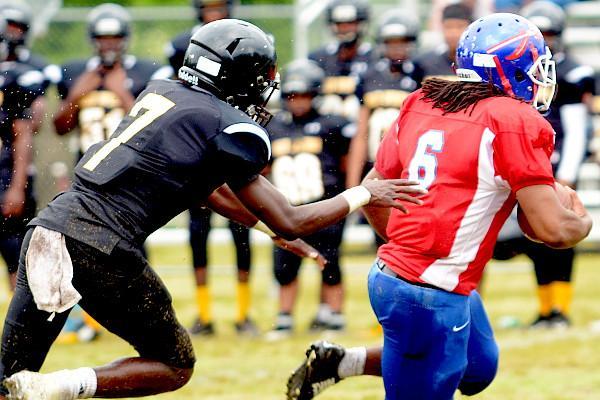 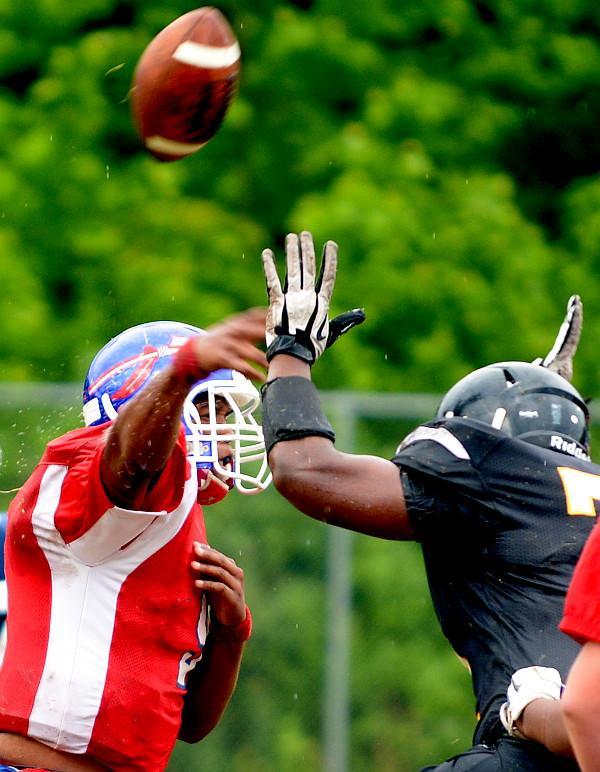 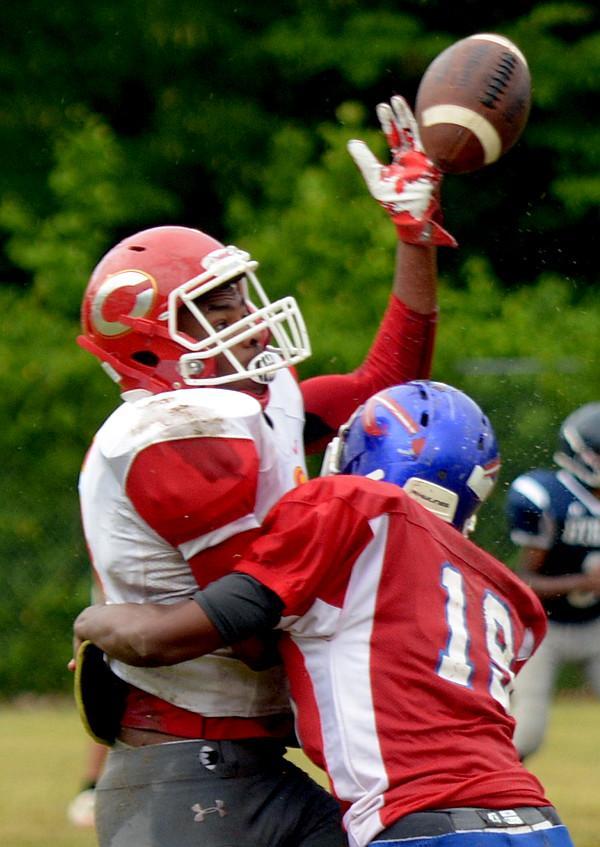 Byhalia’s Corderion Dean (12) hits the Coffeeville quarterback as he releases the football.

There was a focus on fundamentals in the spring football camp at Byhalia, and the progress showed in the jamboree.

“From where we started in the spring to the jamboree, I thought our guys did exactly what we wanted,” coach Mark Fields said. “We wanted to work on fundamentals, on being physical, on our blocking schemes and routes.

“And then in the jamboree, I thought we did well for the short time we had to work in the spring.”

Head coach Kendrick Smith resigned his position in March, and Fields, an assistant last season, stepped up to lead the Indians in spring practice.

In the jamboree at H.W. Byers on May 12, the Indians faced Holly Springs, Coffeeville, Vardaman,  Byers and Potts Camp and came out 2-2-1. In the match-ups, each team ran 10 plays on offense and 10 on defense.

“I was very pleased with how we performed at the jamboree,” Fields said. “We need to work with our back-up guys more. We didn’t move the ball as well with them on the field.

“Of course, we have to improve on things, too – like blocking and quarterback decisions. We have to be able to see what the defense is going to give us and read it well.”

He had about 45 players participating in the spring, and he said “they showed up and worked hard.”

Fields hopes to up that number to 50 to 55 Indians when they kick off the season in August. The Indians, a member of Class 4A, finished 2-8 in each of the past two seasons.

The Indians’ home opener will be August 25 versus Coahoma County. In other non-district contests, they will visit New Site September 1, host Independence September 8, travel to Caledonia September 15 and then host Coldwater Septem­ber 22 for homecoming.

The Region 1-4A portion of the schedule is next. It includes September 29, Corinth, home; October 6, New Albany, away; October 13, Senatobia, home; October 20, Ripley, away; and October 27, Tishomingo County, away.

Fields said his Indians will be busy in the weight room this summer and perhaps take part in some seven-on-seven competition.

“Mostly, we will focus on us,” he said. “We have to get more physical and more agile – better conditioning. We have to develop that mental toughness, too. We can’t quit when things go bad.”