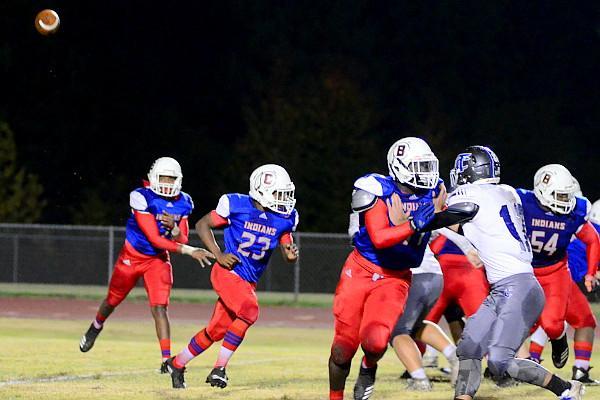 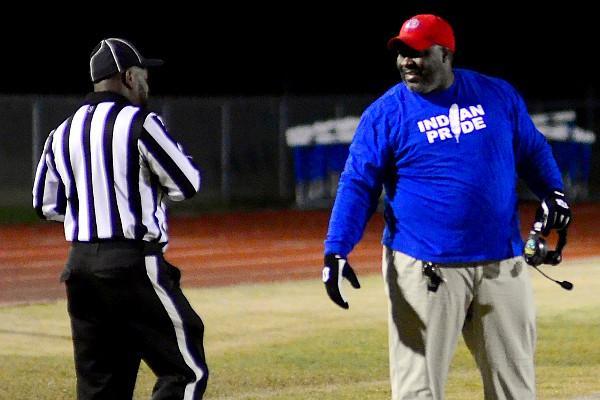 Byhalia is packing for the playoffs for the first time in five years.

The Indians steamrolled Tishomingo County 33-0 Friday night to take the fourth-place spot from Region 1-4A. They will visit Louisville, the top-ranked team in Class 4A, this week in round one.

“It’s a great accomplishment for these kids,” coach John Danley said about the post-season berth. “These seniors have been through a lot the past few years, and to see them get this opportunity, it’s breathtaking.”

Danley was the head coach the last time Byhalia made the playoffs in 2013. He stepped away to go into administration and took the job back just prior to the 2017 campaign.

“These seniors were in the seventh grade the last time Byhalia made the playoffs, and the others in the sixth, fifth and fourth,” he said. “This is great for this group of young men – they’ve never experienced this. And it’s a great building tool for the future of the program.”

Danley said his team came out with “a lot of energy” last Friday versus Tishomingo County at home and took care of business.

The Indians went up 26-0 prior to halftime and scored once in the second half.

“After halftime, we got a little sloppy, but our guys stepped up and got the job done,” he said.

Offensively, Powell, Hearn and Daughtery led the way behind some solid blocking.

“They’re ones who make us go,” Danley said.

Plus, the defense, he said, is playing the way he expected that group to do all year.

“Defensively, we’re playing lights out,” Danley said. “We created some turnovers Fri­day night, and that’s always a big plus.”

A huge challenge awaits the Indians (6-5) with the road trip to Louisville (10-1). But, five years ago, the Indians rode to Corinth and stunned the second-ranked Warriors 15-10 in round one.

“It’s deja vu,” Danley said about facing one of the state’s best. “It’s motivation. I thrive for that – I like the challenge.

“Our team this year is a different-type team than the one in 2013 but we have a lot of talent. We have to play our style of football. We have to establish the running game and push some people around if possible.

“I do know this – Louisville is a very good football team.”