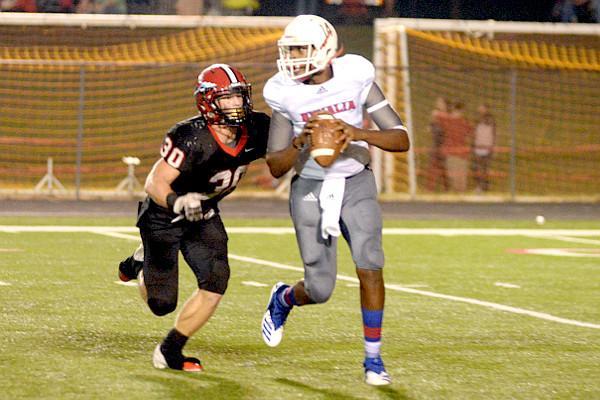 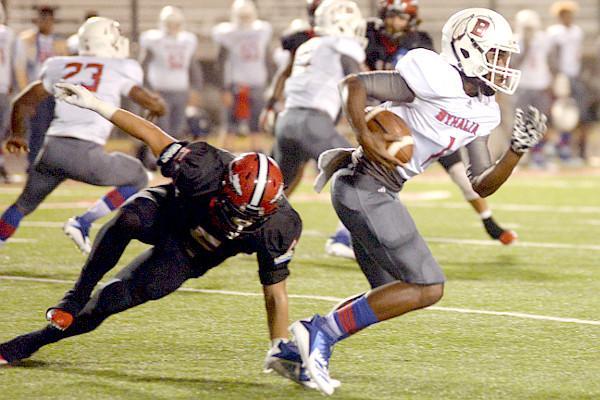 The Warriors started the game with a squib kick, which they recovered and turned into points.

“They got a good bounce, and we sort of misjudged it and touched it,” coach John Danley said.

“We played them tough,” Danley said. “We moved the football but just had too many mistakes.”

He said those included some breakdowns on pass protection and a couple of interceptions.

“Defensively, I thought we were well-prepared but just missed two many tackles.”

And Danley said the Corinth offense is extremely talented with “three of the best runners in the state.”

“It’s hard to get your hands on that quarterback,” he said.

Corinth’s D.T. Sheffield threw for a touchdown, ran for a score and had an interception that he returned to the end zone.

Zach Patterson scored three times, two on the ground, and Tam Patterson ran for a pair of touchdowns.

For Byhalia, Charles Powell and DaQuan Moore scored on carries of 15 and 3 yards, respectively. Yaphat Hearn had two touchdown runs, one for 16 and another for 8. Daniel Williams kicked two extra points.

Moore, the starting quarterback, suffered a shoulder injury and did not play the second half. Hearn moved to quarterback.

In an interview with the Daily Corinthian newspaper after the game Friday night, Coach Lowery said, “Byhalia is a good team. They will make some noise in our division this year.”

Coach Danley said his  Indians (4-3 overall) feel good about the rest of the season.

“They knew after that game (versus Corinth) what cost us the game,” he said.

The tough district contests keep coming. Up next is New Albany at home this Friday night. The Bulldogs are 4-3 overall and 0-1 in the district after a 26-23 loss to Senatobia last week.