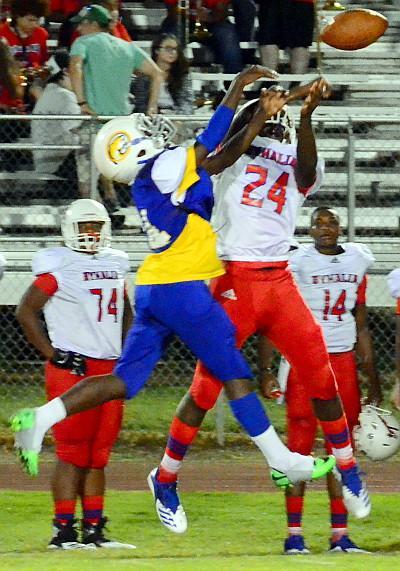 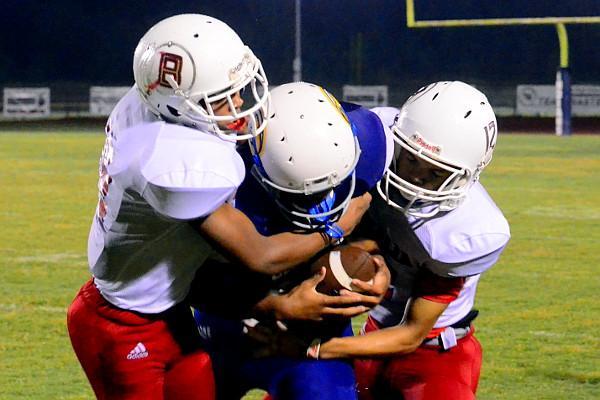 The Byhalia versus Cold­water game was delayed awhile Friday night due to inclement weather but it didn’t slow down the Indians.

Coach John Danley’s team, in its final tune-up before Region 1-4A begins, cruised to a 37-0 win.

“We had a downpour, and it was a very wet field, but we had a solid offensive showing with the guys up front getting hats on the right people,” he said. “They were sustaining their blocks, and the offense looked smooth. We ran the ball like we are supposed to.”

Charles Powell scored the first two touchdowns on runs of 16 and 7 yards.

Daniel Williams kicked both extra points for the 14-0 advantage.

Byhalia’s third touchdown came on a 17-yard pass from DeQuan Moore to Jacoreion Crockett. Williams was again perfect on the kick.

Powell then got loose for his biggest touchdown run of the night – this one covering 49 yards. He also carried for the two-point conversion. The lead was 29-0.

Jamarius Rooks wrapped up the Indians’ point production on a 4-yard carry and then another run for the two-pointer.

“We started a little slow defensively, but overall we played well on that side of the football, too,” Danley said.

“It was good to get the win on homecoming, and it was good we had no injuries going into district play.”

A big challenge awaits Friday as the Indians (4-2) travel to Corinth. The Warriors are 5-1, coming off a 49-13 rout of Kossuth.

Byhalia is seeking its first district victory since 2013 - a four-year drought. Danley was the coach in 2013, and after three years away from the sideline he returned last season.

“We’re starting off with Corinth, possibly the best team in our district,” he said. “A win would be huge for us.

“We cannot turn the ball over and we cannot give up the big plays. They have two very good running backs. It will take our best effort so far.

“The kids have to prepare this week and then rise up to the challenge.”