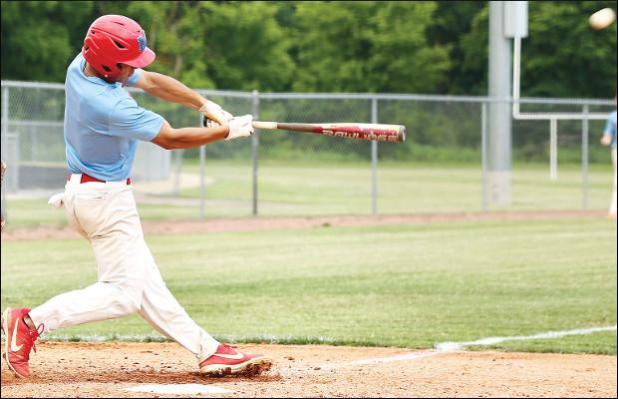 Branch looks for ‘sense of urgency’ from his Patriots

The Marshall Academy baseball team wrapped up a June slate of games on a “positive note,” coach Bruce Branch said.

That comes after a few lackluster showings earlier in the month that caused some concerns for the head coach.

“Even though it’s the summer, we needed a sense of urgency, and I thought we lacked that,” Branch said.

And he’s not basing that on the wins and losses. It’s not all about that in the summer, Branch said.

The stiff competition included the likes of St. George’s, Ripley and Northpoint Christian.

“We’re not scared of competition,” Branch said. “We put our pants on like everyone else. We just have to step it up and keep improving.

“We just didn’t perform as well as I would have liked, in most of the games. We weren’t consistent – in the field and at the plate.”

He said the summer slate did give him an opportunity to evaluate some new players and some younger players.

“I got to see what they can do and can’t do and where they need to play (in the field),” Branch said.

And he got to use a lot of pitchers, which is important in the summer.

“It’s a little more laid back, and we get to play a lot of guys,” he said.

He feels sure this group of Patriots, with a lot of youth, is on the way to big things. Last year they finished 10-10, in Branch’s first season at the helm, and just missed the playoffs.

“Of course, our ultimate goal is to win a state championship,” he said.

But in the meantime, he said he is looking for leaders.

“We can’t just cut the switch on and off – as far as that sense of urgency,” Branch said. “Everyone needs to buy in.

“And I feel sure we’re going to get there.”