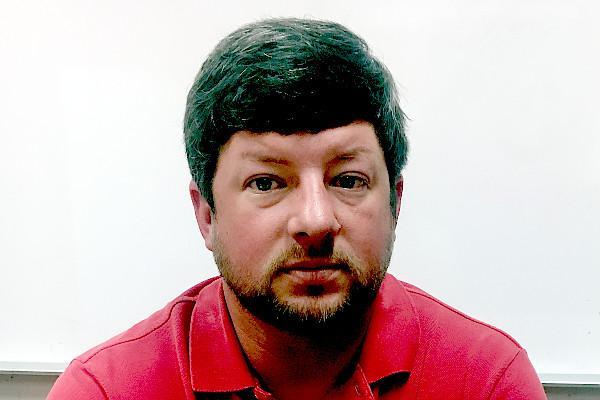 The new Potts Camp coach comes to Marshall County after four years at West Memphis (Ark.) Christian School. In his first year there the Black Knights went 1-9. This past season they finished 11-3 and won the Mississippi Association of Independent Schools Class A state championship.

The Cardinals were 2-10 last season.

“It’s all about a strong work ethic. We have to establish a culture of participating in summer workouts, being at practice – putting the work in that it takes to be successful.

“You cannot walk out on the field July 30 and say, ‘I want to play football.’

“I’m excited to be here, and I believe the kids here will be able to have success.”

Anderson, 36, grew up in the Jackson area and graduated from Hillcrest Christian School. He then received his degree from Mississippi State.

He learned a lot about Potts Camp when West Memphis played the Cardinals this past season, a 48-14 win for the Black Knights.

“I remember watching them on film and seeing how talented they were,” Anderson said. “It was scary. They were athletic – lots of speed and size. It was very impressive.

“Plus, I met some of their kids after the game, and they were all polite, well-mannered young men.”

Later in the school year, Potts Camp High School Principal Billy Gray talked with Anderson about the coaching vacancy, and then he was hired for the job.

“When we started the search for a head football coach, the goal was to find a candidate who possesses high character, great work ethic, and direct knowledge of building a successful program,” Gray said. “We felt at the end of the day Coach Anderson checked all the boxes.”

“I feel like we have a good core group of kids who will establish the culture expected and help build the program,” he said. “We have a lot more who need to buy in, and if so, we can be really good.

“Leadership will be a key – kids stepping up and leading by example.”

Coach Anderson said he expects Potts Camp to be more of a power running team in the 2018 season.

“I used to be a spread guy, always wanting to throw it 30 or 35 times a game,” he said. “But I’ve learned the last five or six years, you have to adapt to your talent.

“We have some big linemen and some speed guys.

“Of course, if it’s not working, we will adapt.”

His defensive philosophy is the same.

“It depends on what suits the kids’ talents the best,” Anderson said.

“We will hold them to high standards and push them to be their best,” Anderson said. “There will be tough moments and exhilarating moments along the way.

“I’m excited about the opportunity to work with these kids and lead the Potts Camp football program.”