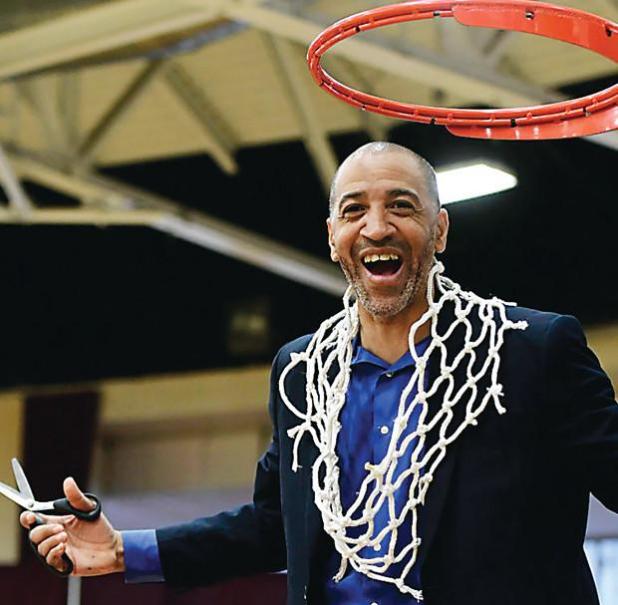 You want answers to Mississippi’s myriad problems of poverty, hunger and overall quality of life?

This observer has spent a lifetime chronicling Magnolia State sports, and through that lens I have seen time and again the healing power of education. Occasionally, and more often than you might think, athletics play a significant role.

Take the case of 55-yearold Larry Anderson, a Macon native, who had every opportunity to become another statistic in our state’s ongoing case study of how poverty breeds more poverty. Anderson is the son of a brick-making father with a sixth-grade education and a mother, a nurse’s aide who cleaned other people’s homes on the side after dropping out of school after the ninth grade. Anderson has 14 brothers and sisters, including four who died before he was born. He has six half-siblings.

Thankfully, Anderson had a strong, loving mother who, though she had little education herself, instinctively knew learning was the way out for her children.

“One of my older brothers dropped out of school, went to work and bought himself an Olds 442,” Anderson said. “I thought that car was so cool. I wanted to do the same thing, go to work and get me a car. My mother told me I didn’t need to do that. She told me to stay in school, that education was the answer.”

Anderson took her advice but admits he might not have had it not been for sports, basketball in particular.

He played for four years at Noxubee County High School as a smallish, but passionate point guard and a reluctant student.

He figured he was headed into the brick-making business, until a serendipitous pick-up basketball game at East Mississippi Community College in nearby Scooba. Richard Mathis, then the coach at EMCC, happened by the gym, saw Anderson playing and offered him a scholarship on the spot. Mathis left before the next season, but Anderson stayed and played two years – again doing just enough academically to get by.

Next, he headed for Jackson and Jackson State where he planned to try out for the basketball team. But tuition, room and board had to be paid, so Anderson went to work selling shoes at a Thom McAn store in the MetroCenter mall. He found Jackson “just a little too fast for me at the time,”

So, he transferred to Rust College in Holly Springs where he returned to basketball, found a home, a wife, some role models and a sudden thirst for learning. One of his role models was David Beckley, then the Rust provost and for the last 26 years the president of Rust.

“I knew Larry as a dedicated student and an active student leader,” Beckley said. “He was very clear that he wanted to become a leader in higher education, not necessarily a coach.”

Upon graduation, Anderson was hired as Rust’s director of student activities and as an assistant basketball coach. He excelled at both and took on the additional role of associate athletic director. But it was the basketball – and the coaching – he loved most. After seven years working at Rust, he saw a posting for a job as head basketball coach at Massachusetts Institute of Technology (MIT). Yes, that MIT, one of the most prestigious colleges in the world. “What the heck?” Anderson thought, and sent in his application.

Much to his surprise, he received a call back. MIT wanted him to come for an interview. He did, spent two days at Cambridge and was subsequently offered the job there. That was 1995. Twenty-four years later, he’s still there and has become an institution. His teams annually win 20 or more games, have won many conference championships and compete nationally in NCAA Division III. In 2009, Anderson was inducted into the New England Basketball Hall of Fame. This man who grew up poor in Noxubee County now recruits scholar-athletes from all over the world. Three of last season’s players are rocket scientists, one from Paris.

Anderson and his wife, the former Dawn Colquitt of Chicago, have raised two successful children, both scholarathletes. Though he has lived in Cambridge, Mass., longer than he ever lived anywhere else, Anderson has not forgotten his roots. He still visits Mississippi regularly. He still serves on the Rust College Board of Trustees.

“Mississippi raised me, made me who I am,” Anderson said.

His is an amazing story, a testament to perseverance, a loving mother and the power of education – with a strong assist from basketball.