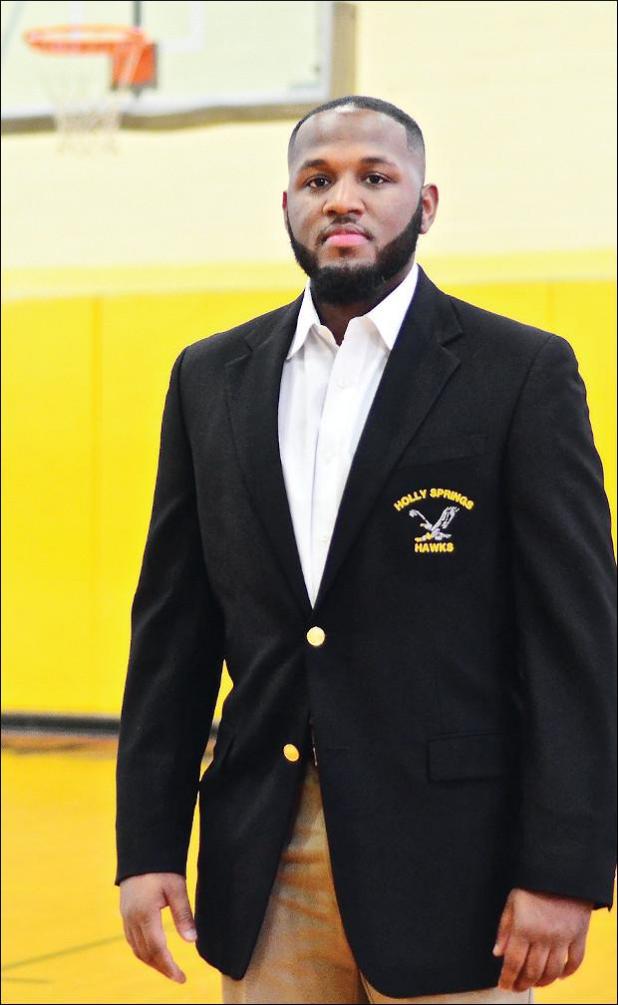 Holly Springs High School is home for Andre Jones, and he's excited about a new opportunity at his alma mater.

After leading the Lady Hawks in basketball the last four years and assisting with the Hawks, he has been named the new head coach of the boys.

"It means a lot," he said. "It's just an honor to be home, coaching. I've been around this program several years as a player and a coach, and I believe I know what it takes to guide these young men ­ on and off the court."

"Both of them have been huge influences," Jones said. "Both have experienced many accolades with the program here in Holly Springs. They taught me a whole lot, and most of all, they're two great gentlemen."

He took his first job out of college at Holly High teaching chemistry and assisting Coach Kilgore with the boys and girls. The past four years he has taught health and driver's ed.

"I really had no intention of going into coaching," Jones said. "I accepted a teaching job and got reconnected with sports. I love it so much, and I realized this is what I love to do, and this is something I wanted to make a career out of."

The Holly High girls made steady progress in Jones' four years at the helm, reaching the playoffs each time. This past year they finished 19-10. "The girls worked hard and followed instructions and then reaped the benefits of all their hard work," he said.

Jones knows firsthand about the rich tradition of the Holly High boys basketball program. Under Hayes, the Hawks won back-to-back state championships in 2004 and 2005 and finished second in the state in 2006. Under Kilgore, they made five straight trips to Jackson from 20152019, reaching the final four three times and finishing as state runners-up in both 2018 and 2019. This past season, under head coach Kenzaki Jones, Holly High again reached the final four.

"I'm up for the challenge," he said. "We lost a great group of seniors.

"The majority of the guys coming back have little or no experience. We have to grow up fast.

"We will just have to work 10 times harder. We lost a lot of very talented players, but I want to keep the ball rolling and continue the success we've been having.

"For me, this is really a dream come true."

Sanchez Blake assisted Jones with the girls basketball program and will do the same with the boys. Blake, a graduate of Holly High and Northwest Community College, was a standout player for both the Hawks and the Rangers.

"He brings in a great knowledge of the game," Jones said. "And he will continue to make a big impact on our program."