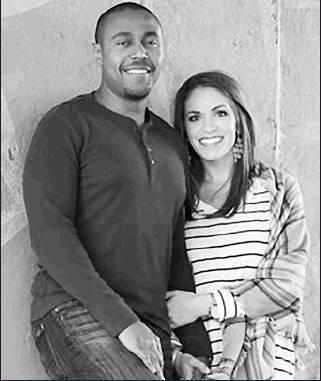 Allen Chapman and Anna Dunlap to wed in March 2 ceremony

Mr. and Mrs. Geoff Dunlap of Mountain Brook, Ala., and Suzanne DeBardeleben Dunlap of Holly Springs are pleased to announce the engagement and forthcoming marriage of their daughter, Anna Sutherland Dunlap, to Allen Brice Chapman, son of Karlton H. Chapman of Pittsburgh, Penn., and Monica Allen-Chapman of McKeesport, Penn.

Miss Dunlap is a 2008 graduate of the University of Mississippi with a degree in Elementary Education. She received a master’s degree in educational leadership from Arkansas State University in 2014. She has been in the education field for 11 years and is currently a middle school literacy coach.

Mr. Chapman is a 2009 graduate of the University of Pittsburgh with a degree in Mechanical Engineering. In 2018 he attained his Professional Engineering license. He currently serves as the mechanical engineering manager for Mitsubishi Electric Power Products Incorporated where he has been employed for 10 years.

The ceremony and reception will be held March 2 at River Hall on Mud Island in Memphis, Tenn. Tom Fuerst of Bluff City Church, where the couple attends service, will be officiating the ceremony.