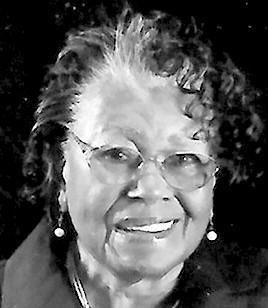 Thelma Johnson Thompson, 87, of Lamar, died July 4, 2019, at Ashland Health and Rehab. The widow of Rev. Loyal William Thompson Sr., she was a member of Harris Chapel MB Church in Holly Springs, a member of the Eastern Star, Heroines of Jericho, the church's Mother Board and she was a homemaker.

Visitation will be held from 1-6:30 p.m. at J.F. Brittenum and Son Funeral Home on July 12, and from 10-10:55 a.m. on July 13 at Greenwood MB Church in Lamar. Services will be held at 11 a.m. Pastor Actavatis Allen will officiate. Burial will be in Harris Chapel MB Church Cemetery.

She was preceded in death by two sons, Rev. G.T. Thompson and Percy Lee Thompson.