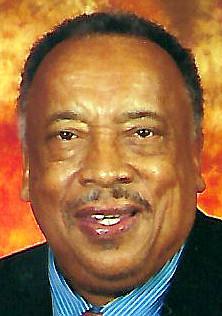 Rev. Wilfred Thomas Mayfield, 76, of Holly Springs, formerly of Picayune, died Oct. 10, 2017, at his home. He was a member of Asbury United Methodist Church. He was an elder and former pastor in the United Methodist Church. He was a member of Omega Psi Phi Fraternity Inc., Sigma Pi Phi Grand Boule and held several master’s degrees. He was in the doctoral program at Memphis Theological Seminary. He was the circulation librarian at Northwest Community College.

Services will be held at 10 a.m. on Oct. 21 at Doxey Auditorium at Rust College with burial in Little Providence Cemetery in Catahoula on Oct. 22. Dr. Kenneth Cummings will officiate. J.F. Brittenum and Son Funeral Home is in charge of the arrangements.

In lieu of flowers, memorials may be made to Mallaliue United Methodist Church in New Albany.