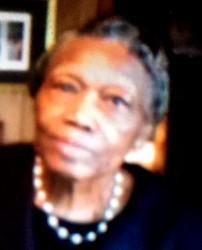 Orange Dell Franklin Harper, 79, of Ashland, died Nov. 17, 2017, at Baptist Hospital in Collierville, Tenn. The widow of Clyde J. Harper, she was a retired cook at Ashland High School, and a member of the Mother Board and Usher Board.

Services were held at 11 a.m. on Nov. 25 at New Bethel MB Church in Moscow, Tenn., where she was a member. Burial was in the church cemetery. Rev. Gary Beasley officiated. J.F. Brittenum and Son Funeral Home was in charge of arrangements.

She was preceded in death by a daughter, Romona Traylor and a son, Wayne Harper.