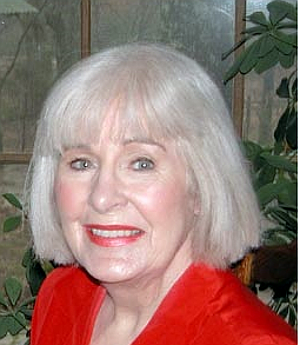 Jewel Dean Watkins Stover, 83, of Red Banks, MS, lost her battle with Alzheimer’s disease surrounded by the love of her family on Friday, September 1, 2017.

Jewel was preceded in death by her parents Raymond and Effie Watkins and her daughter Mary Jewel Stover.

Jewel was born in Memphis on April 5, 1934. She graduated from Byhalia High School.

Jewel was married to Delmar Dean Stover on August 7, 1952; they were married for 65 years.

Throughout her life, she lived in Mississippi, Washington, Louisiana, Texas, and Connecticut, as well as Sarnia, Ontario, Canada and Fawley, England. Jewel loved to learn new things. She flew glider planes, played tennis, learned sculpting and pottery. She also was a certified BBQ judge. She enjoyed reading, doing genealogical research, and especially gardening. She was a Master Gardener, obtaining her degree from Texas A&M University and interned at The Mercer Arboretum in Houston, TX. She had a large herb garden at her home. She also was actively involved in the Friends of the Library, Mississippi Republican Women, and the Marshall County Historical Museum.

Jewel was an election commissioner and a delegate to the Republican National Convention.

Jewel was laid to rest at Red Banks Cemetary, alongside her daughter and near her parents.

The family wishes to thank Theresa Watkins, Shirley Eason, and Serena Comeau for their tender loving care during Jewel’s illness, as well as family and friends who kept her in their prayers.

In lieu of flowers, memorials may be made to the Alzheimer’s Association, www.act.alz.org.