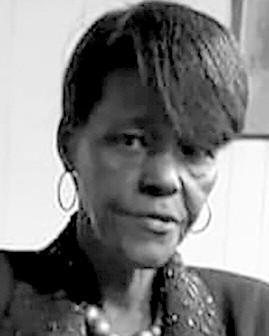 Earlean Malone Martin, 65, of Potts Camp, died Nov. 12, 2019, at her home. The widow of George Robinson, she was a member of Thus Saith The Lord MB Church where she served as president of the choir, and she was also a graduate.

Services were held at 1 p.m. on Nov. 23 at New Dimension Salt and Light Ministries. Pastor Dewitt Glover officiated. Burial was in Hickory Flat Cemetery. Serenity-Autry Funeral Home was in charge of arrangements.

She was preceded in death by two sisters, Effie Gray and Mable Mayfield; and a brother, David Kimbrough Jr.