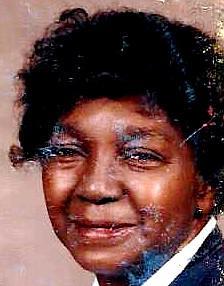 Callie B. Falls Harris, 80, of Michigan City, died Nov. 7, 2016, at her home. The widow of Chester Harris, she was a church usher and member of the Mother’s Ministry. She was a retired production technician at PEP Industries in Ripley.

Services were held at 11 a.m. on Nov. 12 at Palestine MB Church in Michigan City, where she was a member. Burial was in the church cemetery Rev. James Williams officiated. J.F. Brittenum and Son Funeral Home was in charge of arrangements.