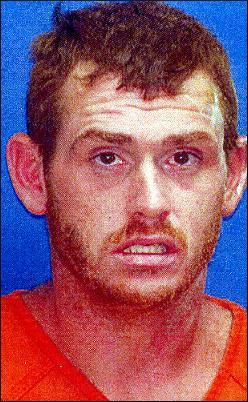 A suspect was in jail Tuesday morning following the overnight burning of a female.

Sheriff Kenny Dickerson said Johny Joseph Clonch, 32, of the 500 block of Hill Farm Road in the Byhalia area, was arrested shortly after deputies responded to what was first reported as a house fire.

When officers arrived, they found a 32-year-old female in critical condition lying on the ground outside a residence in the 100 block of Tucker Road (Chulahoma area) with burns over most of her body, according to the sheriff.

Dickerson said Clonch is charged with attempted murder, but charges will be upgraded to murder if the victim dies.

The victim was airlifted to the Regional One Health Medical Center in Memphis, Tenn., where she remained in critical condition at press time.

Clonch was expected to be arraigned shortly after noon Tuesday, Dickerson said.

The victim was able to identify her boyfriend as the assailant, he added.

Clonch had left the scene but was soon taken into custody in the Highway 309 South area, Dickerson said. He was taken for medical treatment for minor burns on his body, then to the Marshall County jail.

“It appeared he used gasoline from a plastic container,” Dickerson said. “The victim stated he poured gas on her and set her afire.”

The fire did not spread throughout the residence, he said.

“The residence owner said he was inside the house and heard a female screaming for help outside the house,” Dickerson said. “When he got outside he saw the female burning.”

The victim and suspect were reportedly staying at the residence temporarily while Clonch was making repairs on the home.

Dickerson said it appeared the couple may have been sleeping on the porch when an altercation began, according to the homeowner.

“It is believed the two were acquainted and were in a heated verbal altercation when this incident occurred,” Dickerson said.

The victim was originally from the Fisher Cove area of Byhalia, the sheriff said.