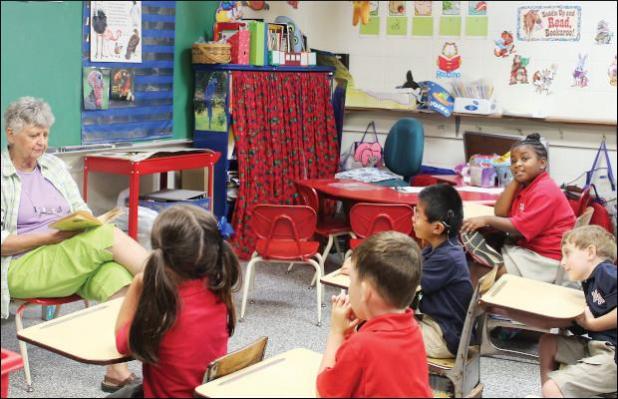 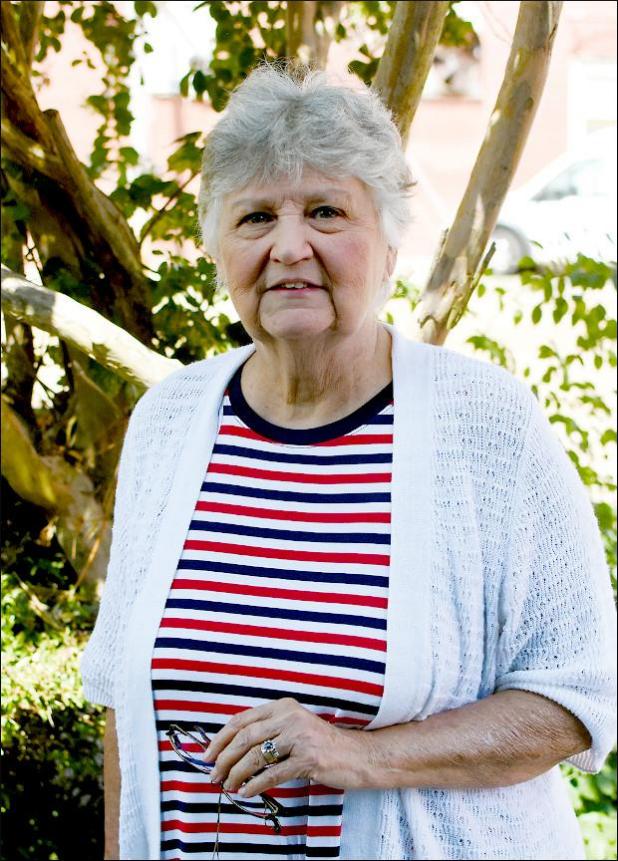 It’s not because she has to go to work. It’s just habit.

“Maybe I’ll get this retirement thing down to a fine science eventually,” she said. “This is something new. I don’t know what to do with myself.”

Tice, after 45 years teaching first grade, has retired from the classroom. The first 10 of those years were spent at Mt. Pleasant Christian Academy and the last 35 at Marshall Academy.

“Reading, writing and arithmetic, I’m an old-fashioned teacher,” she said. “Computers are not my thing.”

And she was old-fashioned in another way, too. She was tough but caring.

“I’ve been referred to as the `mean old teacher’ and yes, that’s me,” Tice said. “That didn’t bother me at all. They came to realize that I didn’t really eat them or anything.

“I held my kids’ feet to the fire, and then we’d play later. There’s so much they need to learn; the day isn’t long enough.

“And when they came to my room, they were mine. I took care of them.” She said she had lots of good times at MA and saw lots of changes in 35 years.

“We used to have vending machines in the hall,” Tice said. “The kids would pull one handle and get a hamburger and then say, `I wanted a hot dog.’ Back then we had to heat those up.

“Wow, when we got the cafeteria — that was a huge treat.” She also saw a wing added on the elementary end, and the addition of a science wing on the junior high/high school end.

Tice said the elementary teachers always had “their click.” “We didn’t always agree, but don’t pick on us; we would stand up for one another,” she said.

“I liked to share things with the new teachers. We all worked together and tried to make things better every day for the children.”

Tice said she stuck with teaching first grade because “you stay with what you know.” “My thing is education,” she said. “Marshall Academy does very well with education, and sports is fine, too. But as a teacher, I concentrated on education.” She taught students and later children of some of those students. “The kids would ask me, `Mrs. Tice, did my Daddy do that? They loved it if I told a little tale on their parents,” she said.

Tice sees former students around town who want to talk and sometimes she has a difficult time remembering their names. Most of the time she figures it out during the conversation.

“That’s why I love a small town,” she said. “That makes it nice.” Tice is unsure about her retirement plans. She has a great grandchild coming in September, and she’s excited about that.

In the meantime, she said, “I will keep mowing my 40-acre yard. At least it seems that large. It takes a couple of hours to mow it.

“I ran over the well the other day. I wanted to go one way, and the mower wanted to go the other way.” She is also doing more reading and said she is just propping her feet up sometimes.

Tice said the time was right to retire, largely due to the COVID-19 pandemic and the restrictions that come with it at school these days.

“The children want to hug on you, and it’s hard not to hug them back,” she said.

She had often been asked when she was going to retire.

“I told them when I paid Sears off, and I did that, and when a box of crayons doesn’t smell good,” Tice said. “But crayons still smell good.

“If you love it, you don’t want to give it up. I miss it greatly. I have so many wonderful memories.”