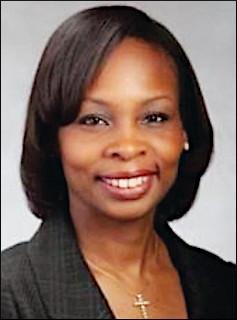 Ivy Ruth Taylor, the former mayor of San Antonio, Texas, is the 12th president of Rust College. She will be the first woman to lead Rust as president.

The announcement was made Friday of last week by the Rust College Board of Trustees.

The trustees made their selection following an extensive eight-month search ending with a series of interviews with faculty, staff, students, alumni and representatives from the Holly Springs community.

"Dr. Taylor brings energy, intelligence and competence, as well as experience in listening to diverse views and building coalitions," said Rev. Dr. David Swinton, chair of the Board of Trustees.

Taylor succeeds president David Beckley, who has successfully led the school for 27 years. After a period of transition, Dr. Beckley will retire with the status of president emeritus.

Dr. Taylor spent six years as a lecturer in public administration at the University of Texas at San Antonio. She also worked at a nonprofit affordable housing agency and served multiple terms as a city councilmember prior to her term as mayor.

"We believe the abilities she gained in non-profit management and political leadership will be readily transferable to an academic setting," Swinton said.

While serving as mayor, Dr. Taylor joined the board of trustees for Huston-Tillotson University, in Austin, Texas.

This sparked for her an additional interest in higher education, especially Historically Black Colleges and Universities (HBCUs). She is also on the board of the University of the Incarnate Word in San Antonio.

She told the Rust College Board of Trustees that she is committed to changing lives, improving communities, and reducing economic inequality through working in higher education.

"I am honored and humbled to have this opportunity to serve the Rust College community," Taylor said. "Through my conversations with the board, students, faculty, staff and alumni, it was apparent that many appreciate the impact of Rust College on their lives and want to be part of envisioning its bright future. I am thrilled to be part of writing the next chapter for this historic institution.

"My family and I are looking forward to becoming active members in this community." Dr. Taylor received her

Bachelor's degree from Yale University and a Master's degree in city and regional planning from the University of North Carolina at Chapel Hill. She recently completed the Doctor of Education Program at the University of Pennsylvania. Her dissertation focused on leadership for Historically Black Colleges and Universities.

She credits her academic success to the strong foundation, faith and values instilled by her mother, a North Carolina native who never had the chance to pursue her educational dreams.

She currently works as a consultant with J.L. Powers and Associates. She relishes time with her family ­ her husband of 20 years, Rodney, and their daughter, Morgan, a high school student.