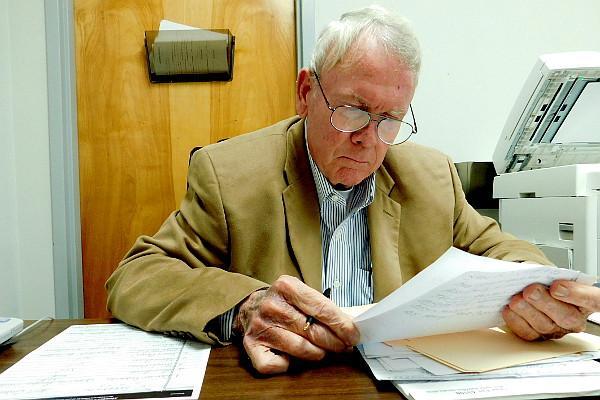 Four suspects have been arrested regarding an early Friday morning shooting in the Highway 72/Slayden Road area, according to sheriff Kenny Dickerson.

Officers with the sheriff’s department were dispatched to the Slayden Travel Center at 2710 Highway 72 at about 2:03 a.m. February 3 following the call about a shooting.

When officers arrived they saw a black Navigator with Tennessee license plates parked in front of the store at the gas pumps, Dickerson said. First responders with the Mt. Pleasant Fire Department were already on the scene and providing medical attention to a black male victim who was sitting in the seat on the driver’s side. He had what appeared to be a gunshot wound on the right side of his head, the sheriff said.

A handgun was recovered from the scene. Uniformed officers secured the crime scene with tape and MedStat arrived and assisted the victim until a medical helicopter from Regional One Medical Center in Memphis, Tenn., arrived and transported the patient to The Med.

Officers spotted a blue Chrysler leaving the area near where the shooting took place. The Chrysler was seen traveling across Highway 72 and turning southbound on Slayden Road.

The black Navigator was taken to the Marshall County Sheriff’s Depart­ment for a thorough physical and forensic search.

The sheriff and his team of investigators worked tirelessly during the early morning hours Friday and identified two male suspects in the shooting incident.

Dickerson said one of the suspects surrendered to authorities Friday morning under the encouragement of his father, who accompanied his son to the sheriff’s department. Jamarcus Latrey Jones, 29, of 2562 Roberts Chapel Road, Lamar, was brought in by his father after his father learned authorities were looking for him, Dickerson said.

A second suspect, Jaquatt Chavez Jordan, 27, of 1547 Roberts Chapel Road, was arrested without incident at a location in Marshall County Friday morning, the sheriff said.

Both suspects were charged with attempted murder Friday and bond for each was set during an initial appearance Monday, Feb. 6, at $75,000, the sheriff said. They remained in jail Monday.

As part of the ongoing investigation, Sheriff Dickerson, Maj. Kelly McMillen and Maj. Gary Byrd searched for and recovered a revolver that was thought to have been discarded after the shooting, in a pasture near a wooded area, near a driveway off South Slayden Road.

The revolver was fully loaded with projectiles and among the rounds was one visible spent casing, the sheriff said.

Facts gathered during the investigation led investigators to believe this weapon was used in the shooting, he said.

During the afternoon, Friday, two additional suspects were arrested in the Piperton, Tenn., area by officers with the U.S. Marshals Service.

One suspect was identified as Charles C. Amadi, a.k.a. T., 29, of 750 East Third Street, Apartment G-15, Pomona, California, according to the sheriff. He was taken to the Fayette County Jail on drug-related charges coincident with the arrest by U.S. Marshals. Amadi remains in the Fayette County Jail pending proper bond procedure on the drug-related charges, Dickerson said.

An arrest warrant charging attempted murder and a detainer request from Marshall County has been placed on Amadi, the sheriff said.

A fourth suspect, Cardell Lavelle Turner, 29, of 3018 East Point Cove, Memphis, Tenn., was identified and arrested in Piperton, according to Dickerson. Turner waived extradition proceedings and was returned to Marshall County where he has been charged with attempted murder in connection with the Friday morning shooting, Dickerson said. His bond was set at $75,000 in Marshall County Justice Court Monday.

The blue Chrysler identified during the early hours of the investigation was found abandoned on the grounds of Faith Fellowship Church on Roberts Chapel Road around noon Friday and was brought back to the sheriff’s department for physical and forensics searches.

Tennessee authorities joined the investigation Friday for the search of the two additional suspects who may have been traveling in the Chrysler at the time of the shooting.

Dickerson praised the work of all the officers in his department and extended special thanks to officers with the U.S. Marshals Service for their untiring help in the case as well as many other cases.

He also thanked the citizens of Marshall County for providing invaluable information that helped with this investigation and other investigations.

“Investigative facts led us to believe this shooting may have been drug-related,” the sheriff said.