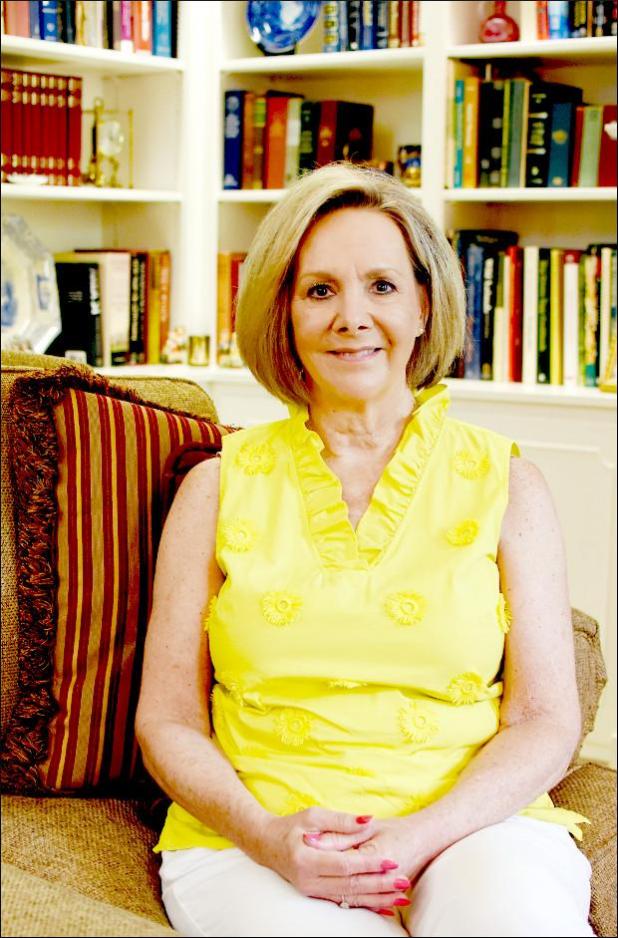 Seale retires after 36 years at MA

Leaving the front office at Marshall Academy was extremely difficult for Robin Seale.

She’s been sitting at that front desk for 36 years, answering the telephone, welcoming people, assisting students and parents, and doing so much more.

“I just had to go with the flow,” Seale said about the multi-tasking involved with the position. “Whatever was needed and necessary was my job description.”

She retired prior to the start of this school year, with no fanfare, and that’s really what she preferred.

“It’s really hard to leave it behind,” Seale said. “It’s been a huge part of my life.

“For my whole family, Marshall Academy is a special place.” Her three children, Ben, Andy and Hamilton, graduated from MA in 1995, 1996 and 2000, respectively.

“That’s one of the reasons I took the job (in 1984),” she said. “Without a teaching degree, I could work at the school and be there with my children and also have the same holidays as them. Plus, I was able to get to know their friends and their teachers.”

Her son Ben later taught at Marshall Academy for a year, and her daughter Hamilton returned to give a commencement address. Her late husband Ben was on the school board for 24 years.

“We’ve been so involved with the school,” Seale said.

She had actually done some substitute teaching at Marshall in 1983-84 and then was offered the position as secretary.

“I had no clerical training,” Seale said. “But I decided to give it a shot, and it’s been a great fit for me and my family ever since.”

She progressed from an electric typewriter, to a word processor, to a computer.

“I just learned as I went,” Seale said.

She calls herself “a visual person,” and one of the most important things in her office was a huge calendar.

“It was color-coded,” she said, “with every activity listed. It kept me abreast of everything that was going on.”

The thing she cherishes the most about her long tenure at Marshall is the relationships.

“I always enjoyed interacting with the families, the students and the faculty,” said Seale, who once served as cheer sponsor for 10 years.

“From the cafeteria workers, to the administrators, to the teachers, they’ve all been an important part of my life,” she said. “We’re all in the Marshall Academy family.

“I gained something from each headmaster. They’ve all been gracious and kind.” She’s seen generations of students come through the school — children of children and even some grandchildren. “Many times I’ve called them by their parents’ names and had to say, `I’m sorry,’ “ Seale said.

“Seeing all the children come through and all the success stories out of Marshall, it’s been a great thing — a happy thing.

“Students from Marshall have really excelled. Our graduates speak for themselves. They’ve done amazing things. I think a lot of that can be attributed to the fact that we are a small school.”

Seale has seen lots of changes at MA over the years, including demographics.

“We’re more racially diverse now, and our students are so accepting and caring,” she said. “It’s just one big family at Marshall.

“The community has been so good to the school. Businesses are so supportive, and we in turn have supported them.

“This community definitely needs Marshall Academy, and I hope the school will continue to do well in the future.”

Lacy Tollison has been hired as the new MA secretary, and Seale said she’s “the perfect fit.” “Lacy is going to be great,” she said.

Seale has been answering questions from home during the transition. She’s adapting, playing some golf and reading books. She plans to travel some after the COVID19 pandemic passes.

“I miss going to school every day and seeing all those faces,” she said. “Marshall Academy is the best. But the timing was right. It’s time for me to do some other things.”