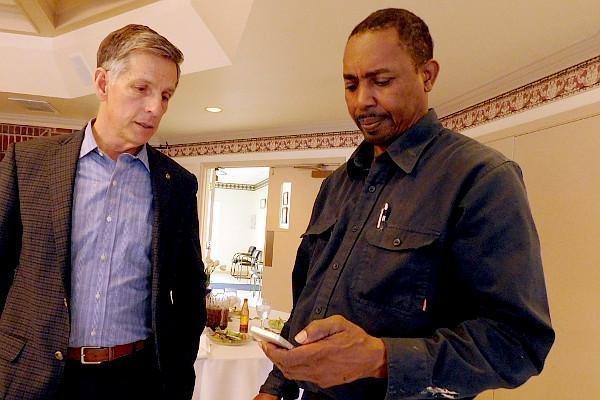 An effort by the Holly Springs Rotary Club and District 6800 to put a dent in juvenile delinquency is taking shape.

Gary Adams, a member of the local club and assistant district governor, is helping with Family Youth Initiative, a non-profit to help juveniles who are susceptible to being sucked into the prison system.

Harvey Payne is chairman of the local FYI committee and Roy Ray is interim director of the FYI 50-5 initiative for the district.

Already the non-profit is partnering with the Memphis Grizzlies Men­toring program to train mentors who will intervene in the pipeline that often leads from school to prison. The clubs hope to gather up about 450 volunteers who will work as mentors within the schools.

“We are going to raise an army of mentors to focus on schools and look to intervention,” Adams said.

Rust College’s Jamal Payne and Bryant Pryor are recruiting students who will become mentors and take mentoring training with the Grizzlies, he said.

Adams said the goal is to get a committee in every club in District 6800.

Research has shown that the frontal cortex of a child’s brain does not develop into an adult brain until age 25, Adams said. And about 60 percent of those children in the juvenile system in Shelby County, Tenn., have a mental disorder, and an additional 10 percent have a learning disability, he said.

“Just arresting kids like that, we are not very trauma-sensitive in society,” Adams said.

Charlie Caswell, Roy Ray and Adams, along with two judges, are serving on the board of directors.

“We’re trying to forge relationships with everybody,” Adams said.

An additional feature of the FYI program is based upon Caswell’s 3 C Leader program – communication, collaboration and connection – and his 7 P’s – pastors, police, parents, principals, proprietors, politicians and partners mentoring program.

The 3 C Leader elements include after-school programs, ambassador components to train parents how to be active in their school and community and an entrepreneurial education focus. The 7 P’s involves a community council that encourages community partnerships.

Ray said Rotary FYI is laying plans while learning more about the situation.

“It’s a very complex and interwoven problem,” he said.

Already FYI is partnering with school districts, school principals and superintendents of education in North Mississippi and Shelby County, he said. And they are partnering with the Grizzlies to train mentors to go into schools and help students with tutoring. And a private company in Memphis is keeping up with the statistical data, including the registering of mentoring candidates with Rotary.

“The further you go down the chain of the problem, the more buy-in you get,” Ray said. “Communities are working very hard. We at Rotary FYI have come a long way in understanding the complexity of the problem.”

He said with any group or organization, there is a plan.

“We’re in the learning phase,” he said. “Our vision and goal is to reduce juvenile delinquency by 50 and five and to repeat that every year.”

It takes human energy to drive the plan and focus on the outcomes desired, Ray said.

Rotary’s dictionary program for every third grade student in Marshall County is a part of the plan. And the plan to match trained mentors with students involves partnering with the Memphis Grizzlies.

“You have to start somewhere,” Ray said. “The people in Holly Springs are creating the energy and it’s moving well, but slowly. It has to. We call it evolving a draft implementation manual. The manual is changing as we go. We assess, plan, implement, reassess and keep it going over and over. That’s the process.”