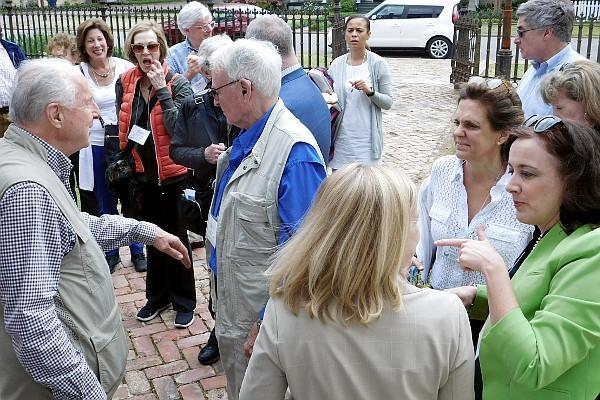 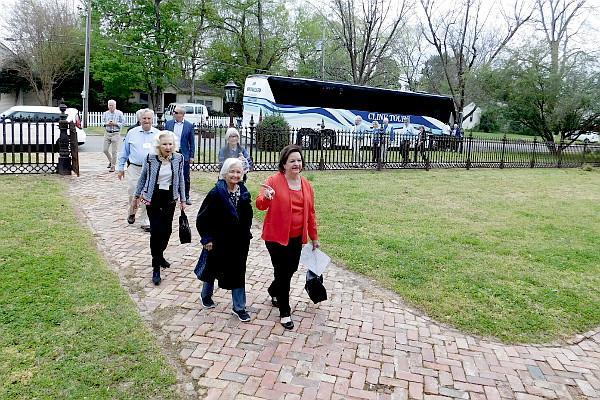 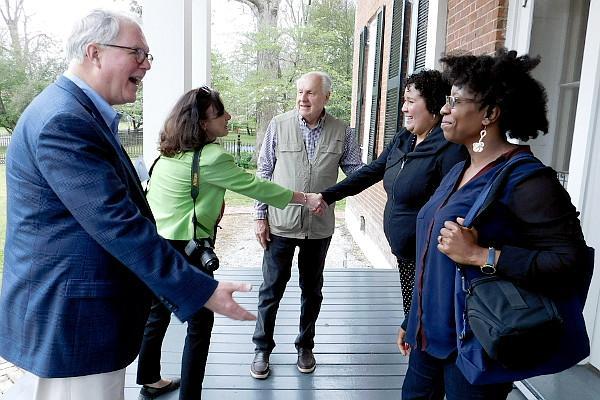 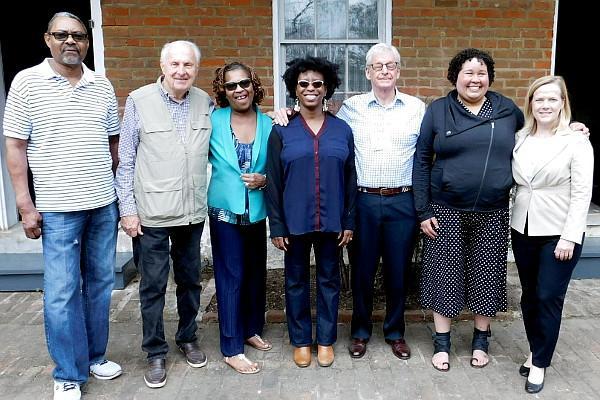 The tour began at Clayborn Temple, a Memphis, Tenn., historic church which was built by the Second Presbyterian Church in 1892, and was sold to the African Methodist Episcopal Church in 1949.

The property became a focal point during the Sanitation Workers’ Strike in 1968, with marchers carrying “I Am A Man” signs. Tragically the march was the last effort of Martin Luther King Jr. to improve the civil rights of all citizens. The “I Am A Man” signs became a universal symbol of human rights and human dignity, according to David Person of Holly Springs, who opened his home to the tour group.

The tour in Holly Springs Friday began at Wakefield, moved on to the Randy Hayes Art Gallery, then stopped at Burton Place to observe the historic slave quarters. The tour left for Oxford then wended its way through the Mississippi Del­ta, completing a four-day visit.

About 42 of a 150-member Historic Trust Council made the tour, according to Kimberly Skelly, vice-president of philanthropy for the Trust. The Council consists of major donors to the Trust. Those on the tour were from all over the United States, Skelly said.

“This trip was inspired by the 50th anniversary of the assassination of Martin Luther King Jr.,” Skelly said.

Also along on this tour was Ruff Fant, member of the board of trustees of the National Trust, who is from Holly Springs. He is the son of the late chancery judge and attorney Glen Fant, of Holly Springs.

The Fants lived in the area prior to the Civil War, according to Marie Moore, owner of Wakefield.

The National Trust is a non-profit organization chartered by Congress in 1949.

Person said both his aunts were married at Second Presbyterian.

Besides the members of the tour group, special guests were invited to make presentations and answer questions at Burton Place about the preservation of sites once lived in by enslaved persons. Included in that list was Jobie Hill, architect who works to preserve dwellings once occupied by slaves and their descendants in the U.S.; Dr. Jodi Skipper, professor of anthropology and Southern studies at the University of Mississippi, who interprets slavery through houses lived in by enslaved persons; Debra Davis, a descendant of Tom Burton, an early slave living at Burton Place; and Stephanie Meeks, president and CEO of the National Trust.

Person welcomed the tour group to Burton Place, to Holly Springs. He pointed out that this tour’s theme is “Telling the Full History” of Mississippi.”

“We have a new Mississippi and things are changing,” he said. “Welcome to Mississippi.”

Skipper said seven persons of slavery lived in the Burton Place slave kitchen and quarters, three of whom were children. Those living in the three-room slave quarters were possibly chamber maids, cooks and valets, she said. Mary Burton owned about 80 slaves, about 67 of whom have been identified by geneologist and Burton descendant Debra Davis.

Davis, who lives in the St. Louis, Missouri area, devotes her free time to the discovery of her family history. Davis said she is working to document and identify the people who lived and worked on the property of Mary Burton. She answered several questions from the Trust visitors, including whether or not there are any records of her ancestors who fought in the Civil War. She has not yet found any evidence they did.

“The descendants of Mary Burton were told they could not sell the land out from under the freed men,” Davis said.

“Telling the Full History” is our theme in establishing a fund to preserve buildings associated with enslaved persons,” said Stephanie Meeks, CEO and executive director of the National Trust. “We at the National Trust for Historic Preservation are so pleased to see that Holly Springs recognizes the importance of these buildings. We look forward to working with you in this important work.”