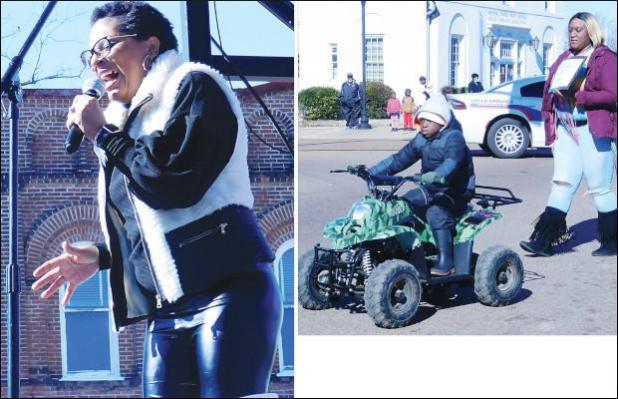 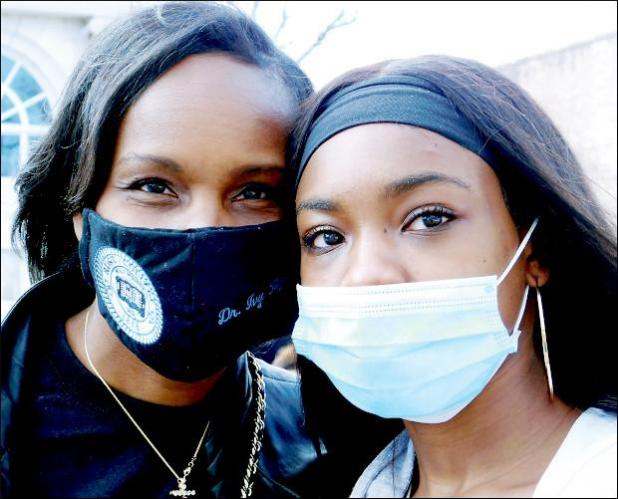 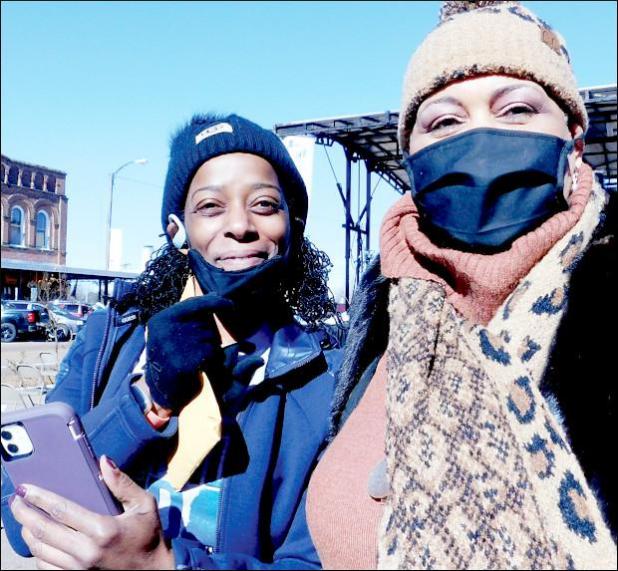 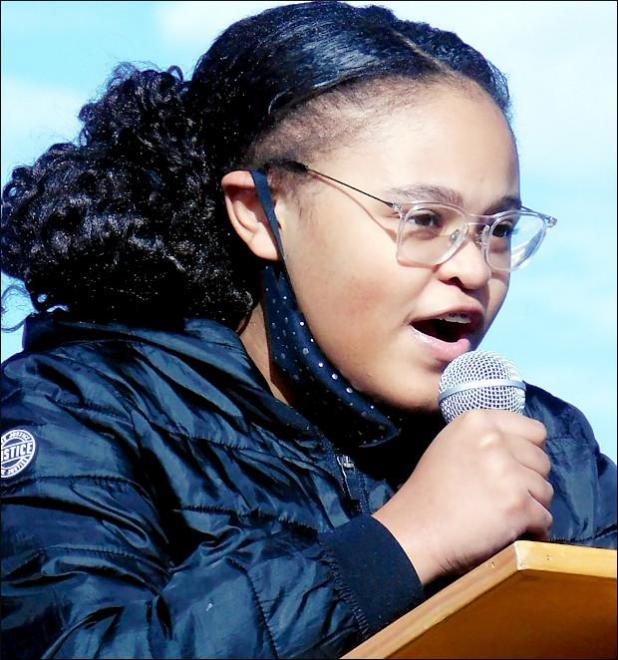 The 2021 Martin Luther King Jr. Birthday celebration in Holly Springs brought lots of participants and excitement to the courthouse lawn.

With warmer weather this year, the event saw larger crowds and more vendors. And the City of Holly Springs set up warming stations for those who in the early morning hours needed their hands warmed.

The MLK Day of Service included inspiring speeches, music and plenty of food.

Johnnie Mae Lester Houston excited the crowd with her remarks as each participant in the 11 a.m. Parade walked or rode through the square.

Her comments, interspersed with announcing each group in the parade, focused on the responsibility of adults.

“We don’t have to go to the Capitol or Washington, D.C. We have it right here in Marshall County.

Houston has spent the last 15 years at Byhalia Health and Rehab.

“I’ve been a nurse for 35 years, so my whole life has been helping somebody,” she said.

Tributes were part of the celebration, which was coordinated by CareNow. Those recognized for service to the community, past and present, included Quentell Gipson Sr., Dr. John Freeman, Mozell Kelley, Dr. Ivy Taylor and J.F. Brittenum.

Rust College President Dr. Ivy Taylor kept her comments centered on Dr. King’s life as an educated man and intellectual, rather than emphasizing the three “I Have A Dream” speeches he made prior to his assassination at the Lorraine Hotel in Memphis, Tenn.

First she shared her family’s delight in moving to Holly Springs.

She said the adjustment has been easy with the warm hospitality a big part of her enjoyment of the area.

“You have made us feel welcome,” she said.

She said the life of Dr. King is celebrated in a big way in San Antonio, Texas, where she served as mayor. In San Antonio, King’s truth, his life, his work, his words are often reduced to the “I Have A Dream” speech.

A visit to the Civil Rights Museum in Memphis, however, brought forth emotion to be at the spot where he lived his last hour, she said.

Reflecting on what she thinks of the civil rights movement, Taylor said, “What is obvious to me, I have an opportunity to serve my community.”

Ivy said she was struck by King’s youthful appearance between ages 26 and 39, when he led a major social movement and was given the Peace Prize.

Taylor recalled the four college students who held a sit-in at the Woolworth’s lunch counter in Greensboro, North Carolina.

“We cannot dismiss the role of the young people,” she said. King’s education and intellect have not been emphasized as much as his leadership of the movement, she said.

And she said in 2021 not enough emphasis is placed on education, on learning for the sake of learning, on thinking deeply, on reading widely.

“We need to expand our horizons,” Taylor said.

And he explained why negroes in America could not wait for equality.

“He was respected because of his educational achievements and intellectual brilliance,” Taylor said. “Many of us let financial distractions keep us from pursuing our educational goals.”

Education must help the student distinguish between the true and the false. Intelligence is not enough, she said. And character is important.

And King knew people should be wary of propaganda, she said.

She read from one of his speeches, “The Purpose of Education.”

He warned that the purpose of education is not to equip his brethren with the proper instruments of exploitation so they can forever trample over the masses. Others think education should furnish them with noble ends rather than a means to an end.

But to King education served a two-fold function utility and culture.

“Education must enable a man to become more efficient, to achieve with increasing facility the legitimate goals of his life,” he wrote.

Education must train one for quick, resolute and effective thinking, he said.

“To think incisively and to think for one’s self is very difficult,” King wrote. “We are prone to let our mental life become invaded by legions of half truths, prejudices and propaganda.”

Education must sift and weigh evidence.

King said, “We must remember that intelligence is not enough. Intelligence plus character — that is the goal of a true education. If we are not careful, our colleges will produce a group of close-minded, unscientific, illogical propagandists, consumed with immoral acts. Be careful, brethren! Be careful, teachers!”

Rolanda Lester, with CareNow, thanked Rust College and the community for helping make the MLK Day of Service a success. She said CareNow organized the event to enlighten and educate younger generations of past and present Black History.

“CareNow is optimistic that our community took away a sense of hope, witnessing our community coming together peacefully and providing assistance to those in need. We pray it gave others a desire to serve and help make Holly Springs, Marshall County and everywhere a better place.”